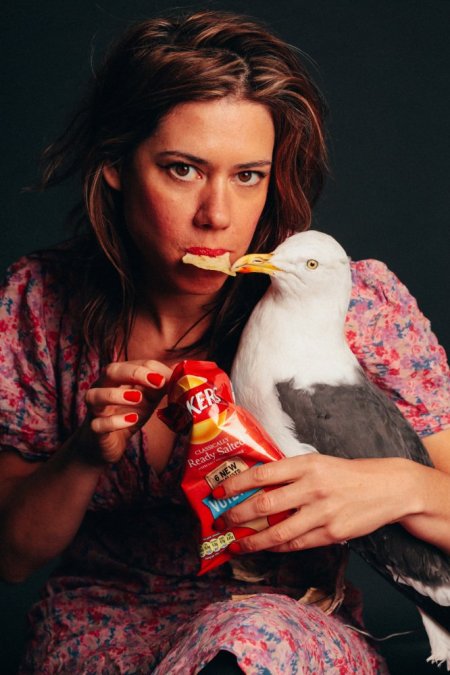 The Edinburgh Fringe is fast approaching, and an abundance of TVO favourites are busy putting their latest shows together, ready for a month of performance, entertainment and (hopefully) sunshine.

This year’s festival takes place between the 5th and 29th August, so to get you in the mood for laughs, we are passing on a few Edinburgh recommendations to let you know which TVO faces you should look out for if you happen to be up in Scotland next month.

Next we have the force of nature that is Lou Sanders, in all her cheeky, brazen glory. Becca Moody explains why you should give her new show your attention…

Lou Sanders has many strings to her bow; not only has she written for two series of Stand Up For The Week, and recently appeared on the latest series of Alan Davies: As Yet Untitled, she will also soon have produced and performed a total of five solo shows at the Edinburgh Festival, with the arrival of her latest show What’s That Lady Doing? at this year’s Fringe. This show is an exploration of creativity and individuality and provides a hilarious insight into the world from the perspective of someone with a distorted sense of logic, to say the least.

Precariously teetering on the border between ‘this crazy woman is hilarious!’ and ‘should we get her some help?’, Lou Sanders’ comedy is chaotic, playful and charmingly silly. Lou is a ball of scatty energy and enthusiasm onstage which far exceeds that presented by most stand up comedians you will witness live; her comedy is upbeat and exciting, with a strange sense of fragile vulnerability as a result of her almost cringeworthy openness. It would be hard to deny that Lou works to make her audience feel varying levels of discomfort, epitomised perhaps by her more vulgar material, including her personalised chat-up lines and stories about past relationships.

Sanders is fascinating to hear talk, whether it be about her love life, her friendships or her genuine interest and belief in Reiki, shamans, and the power and energy of crystals. She knows how she comes across and opens herself up to audience judgement, simultaneously appearing eager to be liked by her audiences and not really caring what they think of her at all. You can make up your mind by going to see her perform her latest show at the Fringe, but in the meantime, if you want to build a better picture of Lou in your own head, her Twitter account is as good a place to start as any, because there are many funny gems to be found on there.

Get your tickets for Lou Sanders in What’s The Lady Doing? at the Pleasance Dome at 20:10 from August 3rd-16th and August 18th-28th. You can also take a look at our interview with Lou, in which she talks about the show and other recent projects, as well as giving us a few of her own Edinburgh recommendations.