Two TVO faces are part of the cast of a new BBC period drama, The Living and the Dead. 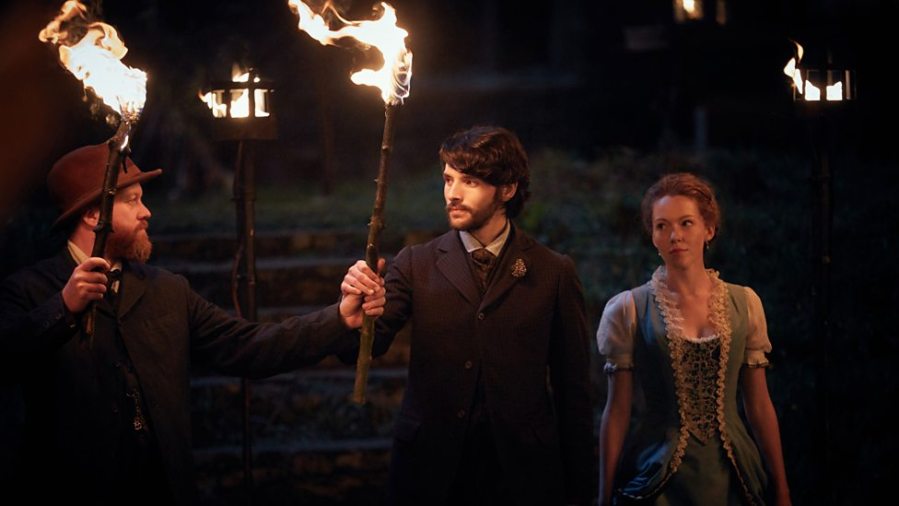 The six episode series, which is set in the Victorian era, follows the story of a young couple, Doctor Nathan Appleby and his wife Charlotte. When the death of Nathan’s mother brings them back to the family estate, they are required to turn around the farm’s fortunes or risk ruin. However their presence in this isolated corner of England seems to unleash strange, dangerous supernatural phenomena.

Steve Oram first appears in episode 1, playing the part of John Roebuck. The episode revolves around a vulnerable teenage girl who is brought to Nathan Appleby to cure, seemingly possessed by an evil spirit. It’s available to watch on iPlayer here for a further 7 days, so you’ll need to get your skates on.

Harry Peacock first appears in episode 2 as Smith. This episode is about a young boy who is disturbed by terrifying visions. It’s available to watch on iPlayer for a further 14 days here.

The full series is available as a box set on iPlayer. Just click here to see the whole thing. There’s also plenty of information, photos and clips from the show if you fancy finding out more about it. For a brief overview of what to expect, check out the trailer below: