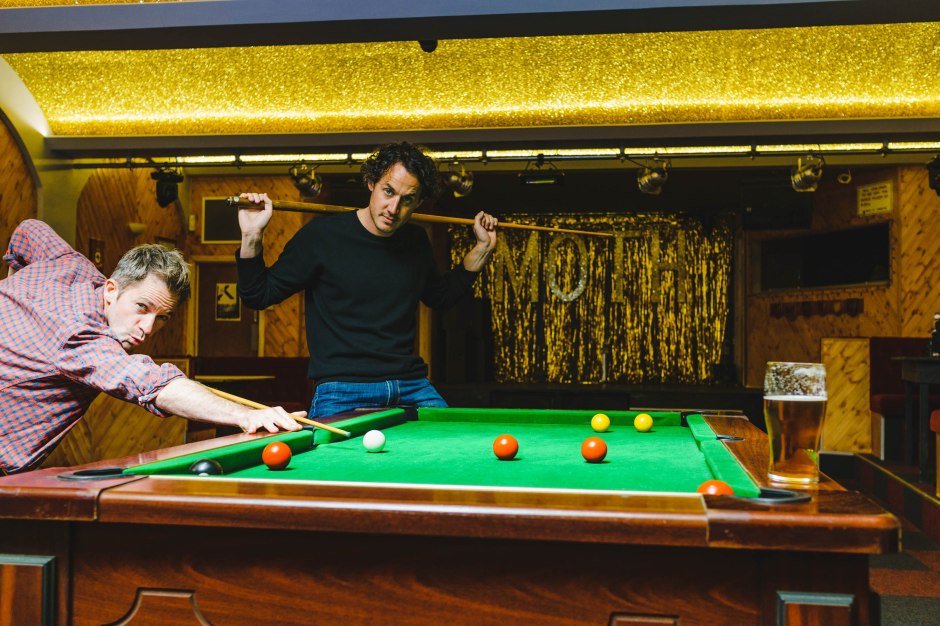 The cult comedic duo – comprising Seb Cardinal and Dustin Demri-Burns – began the regular run of their own club night back in October 2015, which saw the hosts revive a number of their most loved characters from their Channel 4 series, alongside a heavy dollop of new material.

Also along for the ride have been regular supporting artists Ellie White, Natasia Demetrou and Jamie Demetrou, and numerous special guests including Paul Foot, Nina Conti and Tim Key to name a few. In short: as is the parlance of up north, it’s a reet good laugh, and as the only active TVO related ‘club night’ at present, we’re very glad to see it continually sell out and gain a strong following.

Now the team (including White & the Demetrou siblings) are taking the show to Edinburgh for four nights from Tuesday 23rd August. Special guests are likely – and with a variety of TVO regulars heading up to the Fringe too, we’re not ruling anybody out!

Tickets are undoubtedly going to sell out fast, so pick some up asap over yonder.