Last night, Bristol was treated to a rare appearance from Reece Shearsmith and Steve Pemberton at a special event organised by Slapstick Festival. TVO’s Sophie Davies was on hand to report back… 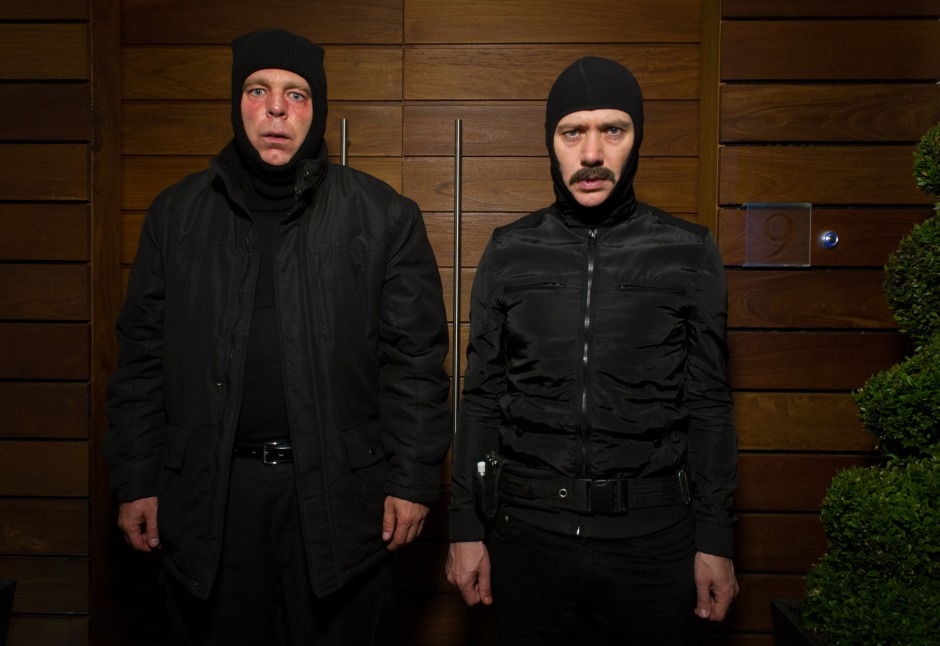 Slapstick Festival is an annual celebration of silent and visual comedy, which has been happening every January in Bristol since 2005. Reece and Steve have wanted to take part for a while, but are very busy men, so a one-off event in June was arranged at the Arnolfini Arts Centre.

‘Inside No. 9: A Quiet Night In With Reece and Steve’ included a screening of series one’s dialogue-free episode, about a pair of burglars trying to steal a priceless work of art from a fancy house… while its owners are still in! This was followed by a chat with Reece and Steve, enthusiastically led by comedian Robin Ince, during which the audience were given the chance to ask their own questions too.

There was much discussion about the duo’s various influences, from anthology series Armchair Thriller and Tales of the Unexpected, to Nigel Kneale and the late, great Victoria Wood. Reece and Steve have a well-known love of horror (an interest also shared with their The League of Gentlemen collaborators Mark Gatiss and Jeremy Dyson) and this was a big talking point throughout the evening. They discussed the challenge of incorporating horror into comedy, with Reece naming An American Werewolf in London as a good example of getting the horror/comedy balance just right and showing how people might really behave in horrific situations.

The event provided a lot of insight into Reece and Steve’s work, and also offered a few surprises along the way. The first was an extra chair being pulled up for David Kerr, director of Inside No. 9 series one, who was on hand to talk about the complicated logistics of filming the silent episode. With the need to shoot between 10pm and 5am every night for a week, carefully choreograph every single movement and make it plausible that the burglars remain unseen by almost everyone in the house, it’s clear that the episode was a real challenge to take from page to screen.

Another unexpected treat (for Reece and Steve as well as the audience, it seemed) was a special recorded video message from one of the episode’s stars – Oona Chaplin, Game of Thrones actress and granddaughter of Charlie Chaplin, who thanked the pair for everything they taught her during the time they worked together. Appropriately, Oona’s message was delivered silently, through written notes held up to the camera!

And the evening’s final surprise came when the organisers of Slapstick Festival presented Reece, Steve and David with The Legacy Medal, a well-deserved award for creating such a pitch-perfect piece of mute, visual comedy. 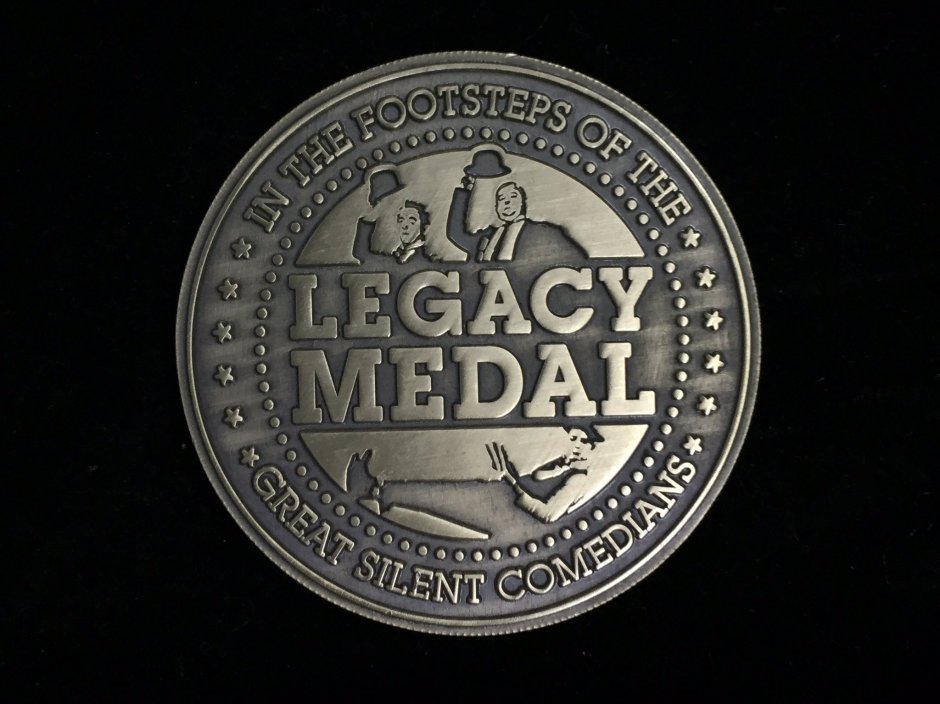 Now I know what you’re thinking… During all this discussion of Inside No. 9, was anything new revealed about the upcoming third series? Well, Reece and Steve said a few words about ‘The Devil Of Christmas’, the episode which has already been reported as the one they’re perhaps most excited about – namely disclosing that it’s been shot with old-style cameras in 4×3 as an homage to anthology series of the 1970s, and it features “Rula Lenska in a fur coat”. Count us in!

Inside No. 9 series three will be airing this autumn (possibly in September, they say) and this isn’t the only thing the pair have got lined up for the rest of 2016. As I mentioned before, they’re very busy men! It was recently announced that Reece is set to star in a new West End production of The Dresser from October, and excitingly, Steve dropped a hint that he could also be returning to the stage at a similar time.

After the event was over, Reece and Robin Ince were kind enough to hang around and sign copies of Dead Funny – a book of comedy/horror stories featuring contributions from the two of them, plus Katy Brand, Matt Holness and Tim Key among others. I’m looking forward to getting started on the signed copy I bagged.