Will Sharpe, the astonishingly young and talented writer/director/actor from Flowers, is the subject of the latest comedy podcast from writer and performer Andy Beckerman. 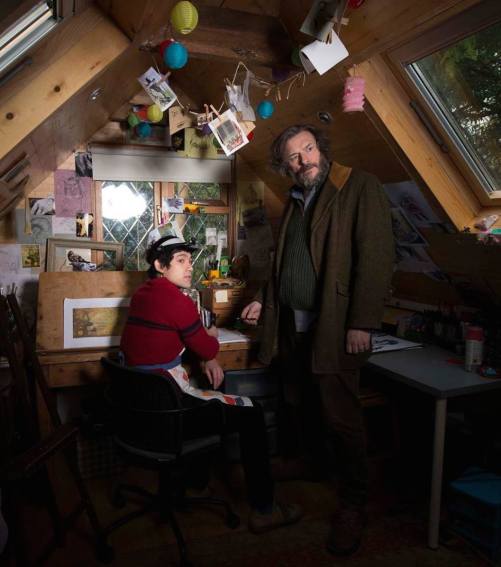 If you haven’t come across Andy’s work before, he’s a New York-based writer and performer who began producing a podcast in January 2010 (roughly when we started TVO, fact fans!) called Beginnings. On the show he talks to creative people he admires about their earliest creative endeavours and how those experiences set them on the path to being creative as a career, as well as about the nuances of making things for a living.

Although it’s ostensibly a comedy show, he also discusses the philosophical and emotional dimensions of creativity and explores how his guests’ childhoods affect them today. Fascinating stuff!

In this episode Andy talks to Will about growing up in Tokyo and London, then attending Cambridge University, where he was president of the iconic Footlights.

Will’s acting career began at the Royal Shakespeare Company and he also appeared on a number of TV shows including Casualty, Sherlock and Dirk Gently.

As a writer, Will’s written for Never Mind the Buzzcocks, and his first feature film Black Pond was nominated for a BAFTA. Obviously, at TVO we know him best for giving us the utterly wonderful Flowers, which starred Julian Barratt, but it’s interesting to hear about his other projects and the creative journey that took him there.

If you fancy giving it a go, you can listen to the podcast here.

And for fans of Flowers, don’t forget that the DVD is released on 20th June, and you can pre-order it here.