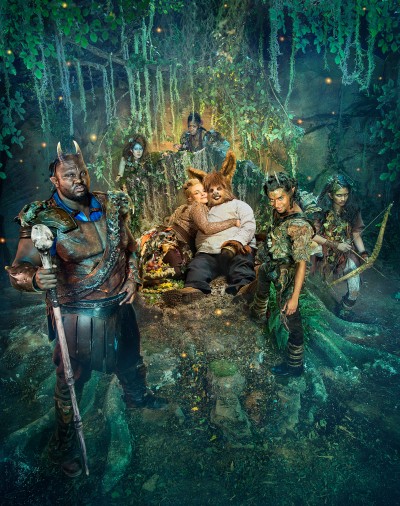 Bank Holiday Monday sees Russell T Davies new adaptation of A Midsummer Night’s Dream première on BBC One, with TVO regular Matt Lucas in the star-studded cast. But as the flagship drama on the nation’s biggest tv channel that night, TVO was curious: is it accessible to relative Shakespeare newbies? We took a sneaky peek to find out…

There’s little point in TVO trying to pass comment on the core text behind A Midsummer Night’s Dream. For hundreds of years, countless scholars have broken down every line of The Bard’s fantastical tale. Children in schools up and down the land have battled through their GCSE homework trying not to laugh every time they write the word Bottom in an English essay. And while early criticism of the play considered it both insipid and ridiculous, it has since become a veritable mainstay of the stage, screen and beyond.

Indeed, such is the draw of the piece that, like many of Shakespeare’s works, it has also inspired overtures, operas, ballet and visual art. Even The Beatles performed an excerpt from it in 1964, with Ringo as a lion and John Lennon wearing pigtails (YouTube it). Perhaps it is the fusion of fantastical elements – fairies, love-potions and transformations – with a four-way romance and an early example of a play within a play, that makes it so beloved.

Yet to many Shakespeare, for want of a better way to describe it, is often damn near impenetrable. The language may be poetic, and mesmerises those who understand it centuries after it was written, but the archaic structure can often prove too much for some, no matter how many ‘fresh’ twists are put on the staging. And in this adaptation, the fantastical realm is fused with a modern-world spin. As Philomena Cunk recently put it: this is one of those ones “where they speak in Shakespearean gobbledegook whilst dressed in contemporary clothing. A bit like Russell Brand.” 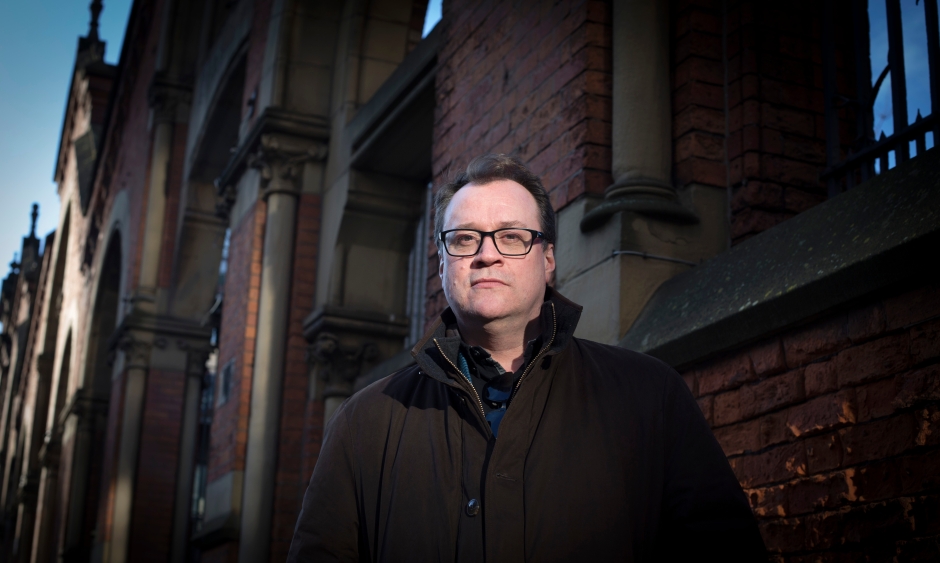 The latest person to spearhead an attempt at fusing the words of the 16th century with the world we live in today is Russell T Davies: the inspirational genius behind classic dramas Queer as Folk, The Second Coming and Cucumber. And to help bring his longstanding dream of adapting the play to the screen are some old friends from his days as showrunner on Doctor Who – a series he brought back to life so successfully in 2005, before handing the reins over to Steven Moffatt in 2010.

Technically, there’s an argument that A Midsummer Night’s Dream is really an episode of Doctor Who. We’re not remotely suggested a shared universe here: merely shared production duties, as the special was produced as part of Who’s ninth series. Most of the crew – including executive producers Brian Minchin and Faith Penhale, and producer Nikki Wilson – are veterans of the Time Lord’s adventures, and anyone who saw Kill the Raven or last year’s Christmas special The Husbands of River Song will undoubtedly recognise the standing town set from both episodes getting one last bit of recycling here. Murray Gold, who has scored Doctor Who since it returned in 2005, is also on hand, as are regular FX gurus Millennium FX and Real SFX.

The results are undoubtedly a glossy affair, directed with real visual flair by David Kerr who recently brought Inside No. 9‘s first series to the screen. Barring a few minor moments, the effects sparkle with real pizzazz, including near flawless costume and prosthetics. Gold’s score complements the action beautifully, searing and soaring with all of his usual gusto. And Russell ‘The T’ Davies has not only adapted the text carefully, but together with his casting team, pulled no punches in assembling a top notch talent pool on screen too.

Blasting her way across the screen front and centre is Maxine Peake – fresh from rave reviews for her recent role in The Skriker at Manchester’s Royal Exchange Theatre – as Titania, the Queen of the Fairies. Her husband, Oberon, is portrayed by former Game of Thrones star Nonso Anozie, and between them, they shoot cgi thunderbolts, appear and disappear in swirls of dust and oversee all the chaos that their bickering unleashes upon the hapless mortals who happen to be in the woods that night.

These human types include a gaggle of would-be thespians, led by the mighty Elaine Paige, no less, and also featuring Richard Wilson, Fisayo Akinade, Bernard Cribbins and the highly underrated Javone Prince (Angelo’s, Horrible Histories, AmStarDam). But most prominent of all of them, of course, is Nick Bottom – a weaver with aspirations of stardom, and an overeager desire to play as many parts as possible. Who then spends most of the play transformed into an ass. 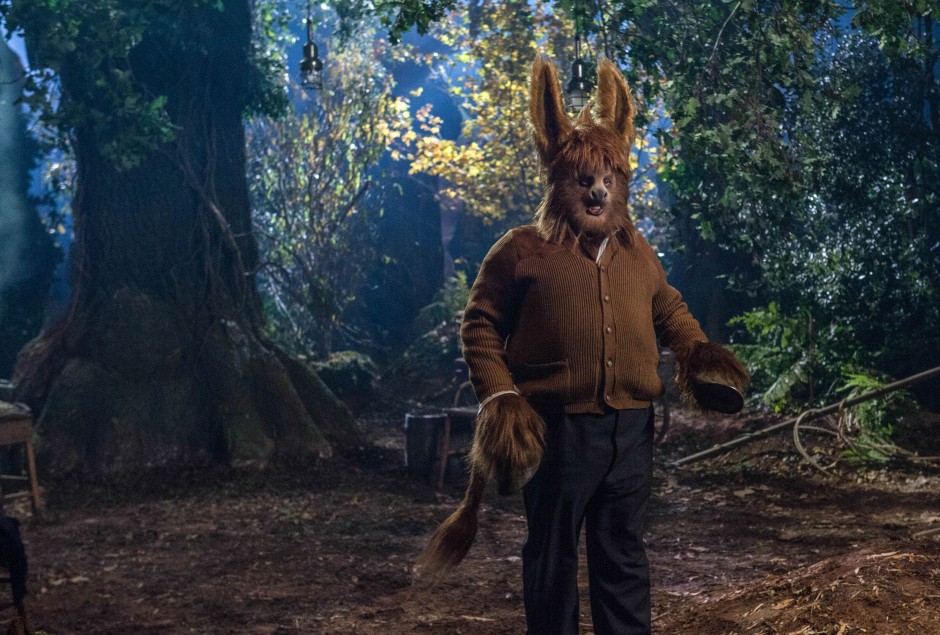 As Bottom, Matt Lucas gets to play a charming comic foil. Arrogant yet too silly to be offended by, stupid yet astute enough to not dismiss, he gets to lay back and be fawned over by a potion-struck Titania after himself being transformed into a donkey-man hybrid purely for the amusement of the fairies. It could be a thankless role, and while it doesn’t exactly challenge Lucas to deliver anything new, he brings real charm to the part, and it’s hard to imagine a more fitting person in the role.

So too, do the relative newcomers who form the love-rectangle of Hermia, Lysander, Helena and Demetrius. Kate Kennedy (recently seen briefly in Catastrophe), particularly shines as the unlucky in love Helena, who loves Demetrius (Paapa Essiedu) dearly, but can’t understand that he’s fallen for Hermia (Prisca Bakare), who in turn loves Lysander (Matthew Tennyson). Philomena Cunk might have recently suggested they didn’t have jokes in Shakespeare’s times, but this quartet manage to handle comedic material brilliantly, and further great work will surely follow for them all. 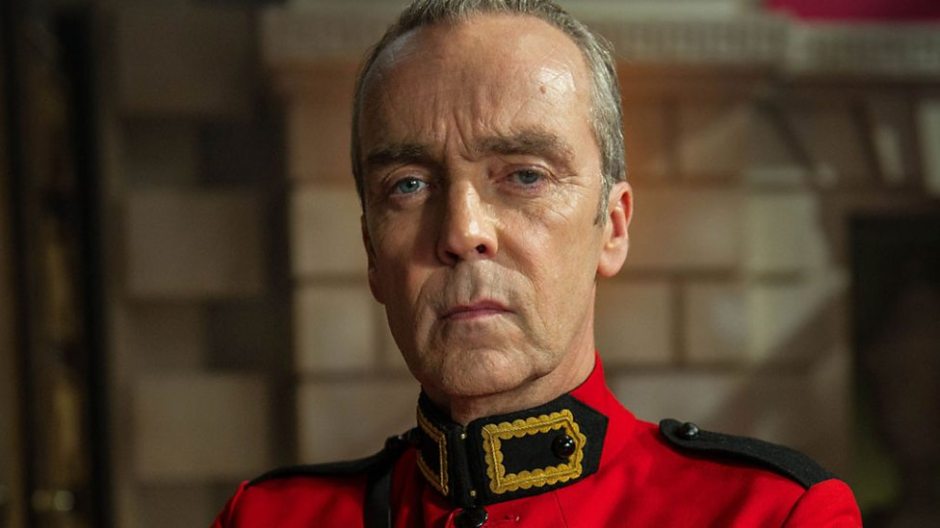 However, there are a few problems with the adaptation that, unless you’re familiar with the play, make it hard to follow. Firstly, RTD has taken the bold choice to stage The Duke’s palace as the centre of a tyrannical empire: with armed guards and a straight-jacketed wife to be. As The Duke, the delightful John Hannah (Marley’s Ghosts, A Touch of Cloth, Paul Calf’s Video Diaries) flexes his dramatic muscles, and the screen bristles with electric energy whenever he’s nearby. Yet for all his noble efforts, the reason for the shift towards an out-and-out villainous Duke with a big comeuppance goes unexplained, and feels almost shoehorned in to cover up the fact that the apparent villains – Oberon and Titania – are actually up to no more than a little mischief against one another. In fact, unless you’re aware of the play previously, you’d be hard pushed to realise that the two fairies are King and Queen, and not simply at war with one another at first!

In fairness, the narrative structure of the original play is perhaps a little to blame for some of the confusion. And it does feel a little bit of a shame to get actors of the calibre of Richard Wilson, Bernard Cribbins and Elaine Page on board, only for them to do so very little – though Cribbins impersonation of a wall and the sing-a-long during the finale will have even the coldest hearts smiling. The man is quite simply a national treasure, and even a sprinkling of him will suffice. 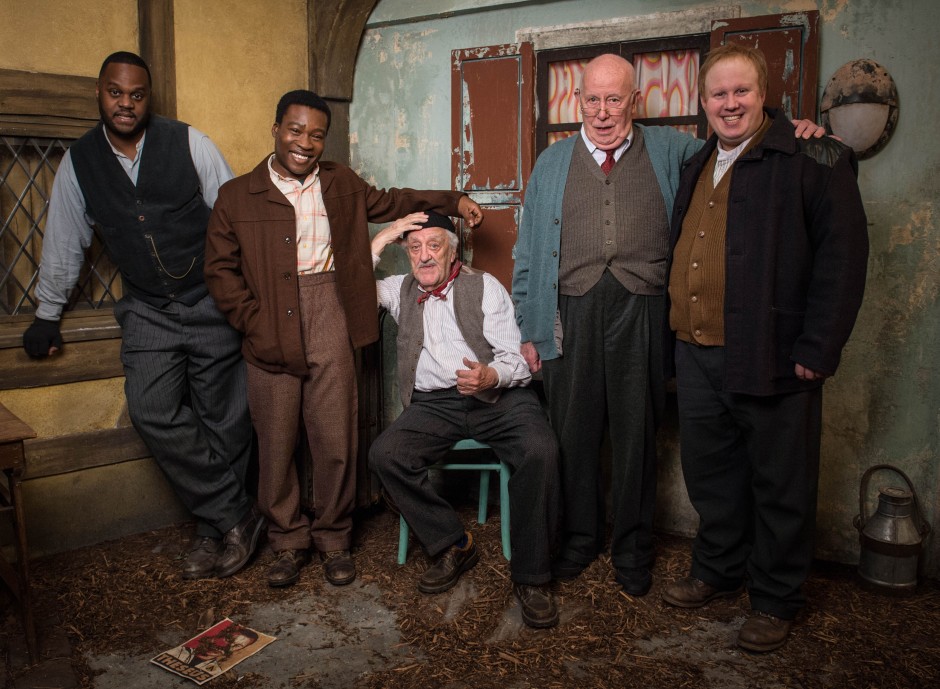 Certainly, if you’re not able to grasp the nuances of Shakespeare’s text, you’re unlikely to have an epiphany watching this adaptation. It’s pretty as can be, and everyone involved has given it their all, but unless you’re attuned to the language, it can be incredibly distracting and make key plot points slip under the radar. You’ll get the gist, and the core of the story is pretty simplistic once you know what’s happening, but it’s much more fun when it actually starts to make sense, and for that, it’s probably best to be in tune from the get-go and let yourself adapt to the language as quickly as possible. It’s not as hard as it looks, once it clicks.

Because as vaguely contemporary yet fantastical adaptations go, this one has everything you need – right down to some nifty little in-jokes (check out the theme tune for A Comedy of Errors during the early pub scene). As a bold statement of just what the BBC can do with the right people pouring heart and soul into a project, there are few finer. Heck, even as a flagpole for diversity, there’s a lot to take stock of here. It might not change minds on Shakespeare’s work, but it may just open a few of them to it instead, and in the end, that’s the real dream…