Hot Brew are ridiculously good live. Sadly, they don’t perform very often, so when they do we tend to get a bit carried away. And now they’ve announced a midsummer gig in Stroud! Double win. 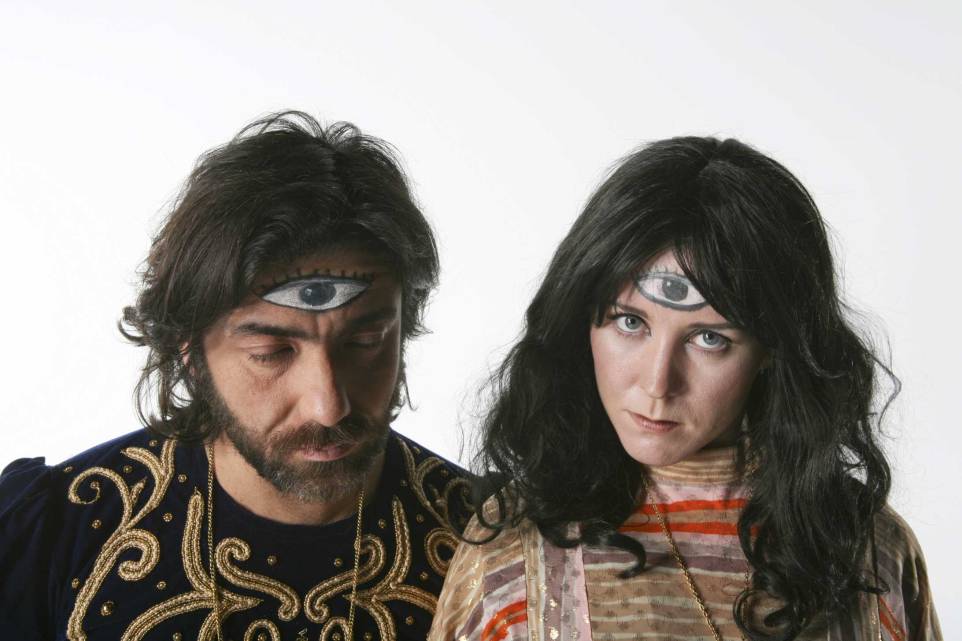 Crispin and Oona Wheatflake (the vegetable-worshipping alter egos of Antony Elvin and Alice Lowe) will be taking to the stage to host ∆SOLSTICE∆ with Stroud Valley Arts, as part of the ‘Big Solstice’. Also performing on the bill will be Trembling Bells, friends of TVO  Princes In The Tower (Michael Tyack, William Summers and Mr Elvin) and Boss Morris. The event promises food, ale and a hot tub (apparently) as well, so you really can’t go wrong. The organisers have noted that “nudity is optional.”

If you fancy getting into the free and easy solstice vibe, it’s all happening at the Brunel Goods Shed in Stroud from 8pm on 21st June. There doesn’t appear to be anywhere obvious to purchase tickets in advance, so it looks like a ‘turn up on the day’ shindig.

If you’re not familiar with the harmonious marvel that is Hot Brew, take a look at their storming performance at TVO Live in 2012:

For more information about the event, we recommend taking a look at Hot Brew’s Facebook event page.