A wee while ago we sat down for a couple of pints in the delightful company of Tom Meeten, to chat about (what was then) his forthcoming UK tour with Noel Fielding. He also talked to us about his latest film project, The Ghoul. Boasting a quality cast and crew that reads like a who’s who of TVO, here’s the low-down on the film:

We’ve been buzzing about The Ghoul since it first appeared on our radar over two years ago. Written and directed by Gareth Tunley, the psychological thriller stars a whole bevvy of TVO faces, including Alice Lowe, Rufus Jones, Paul Kaye, Dan Skinner, Waen Shepherd, Sean Reynard, Rachel Stubbings – and, of course, Tom himself. When we meet to chat about the film it’s still in post-production (it’s now been completed). Whenever the conversation turns to The Ghoul, it’s clear from Tom’s body language how excited he is about the project. He’s caught between wanting to tell us all about it and yet not give too much away, volleying between fizzing enthusiasm and quiet caution.

Tom stars as a detective who goes undercover as a psychotherapy patient in an attempt to solve an unusual double murder case. As he delves further into it, he begins to lose his grip on reality, eventually questioning whether the entire investigation may just be a fabrication of his mind. “It’s a thriller about murder, maths and magic” grins Tom, choosing his words carefully.

For those of us more used to seeing this particular cast in comedy performances, with Tom something of a virtuoso in physical comedy, The Ghoul marks a significant change of pace. “It’s wholly different from anything I’ve ever done,” he says. “It’s serious and heavy; I don’t get to goon around and be a total dick in it!”

He worked closely with Gareth throughout the production, which helped to dispel his initial nervousness about taking on such a major non-comedy role. Although The Ghoul is very much Gareth’s idea and script, Tom’s remit went beyond simply turning up each day to say his lines. He co-produced the film with Gareth and Jack Healy Guttmann (who also produced The Baron), and assisted with casting – although he’s keen to point out that Gareth’s writing was so good, people agreed to be involved as soon as they were asked “…so we’ve got a great cast!” he says.

“Because it’s low budget, you’re constantly doing different things, which I love.” Tom explains, “On most films there’s a lot of sitting round getting bored; in fact, the bigger the budget, the more waiting around you do – it’s very dull. Whereas with The Ghoul it was constant – it was slightly guerrilla. Not as guerrilla as Aaaaaaaah! obviously – that was “gorilla/guerrilla” in both senses!”

This ‘all hands on deck’ approach extended to other cast members too, with everyone mucking in to make it happen. “Paul Kaye was incredible,” says Tom, “He’d been really busy but he said yes immediately. The night before he’d had a night shoot, but he’d got his son to help him learn his lines the night before that! It sums up people’s reaction to the film – it was made with a lot of love.” It’s a testament to the quality of Gareth’s vision that everyone got behind the project with such enthusiasm. 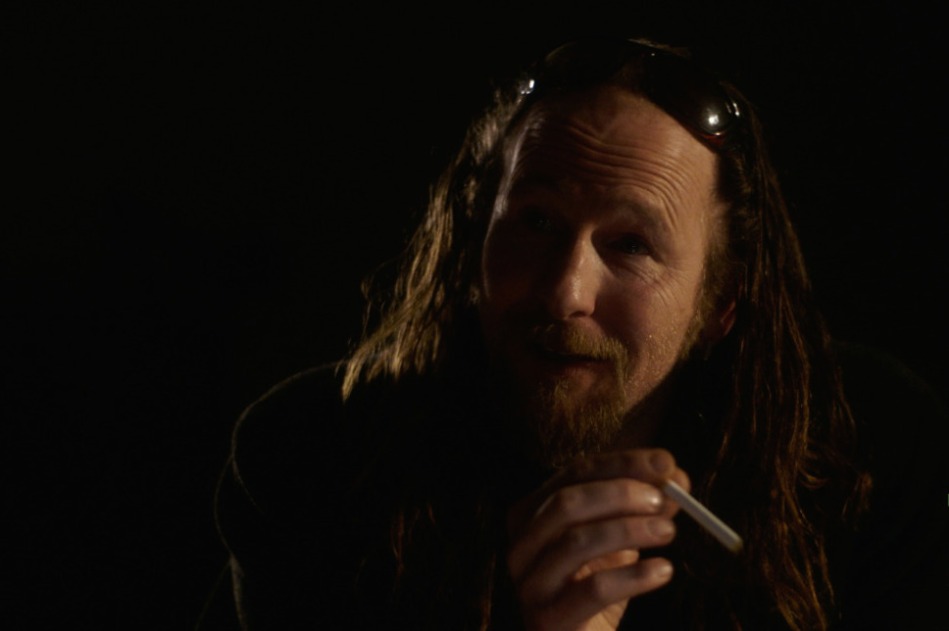 Although The Ghoul is a low budget production, the final film looks anything but, with care and attention being given to every last visual detail. “It was shot in a classical way; it was really ambitious and  looks much higher budget than it is,” notes Tom. It’s a labour-intensive approach which has relied on more than a few favours, which is why the project has taken so long to complete. Indeed, it was filmed around the same time as Aaaaaaaah! but has taken another year to finish.

So now that The Ghoul is finally ready, what’s the prognosis? Following its completion last month, a handful of people have been lucky enough to see the film and have been raving about it, so it looks positive. Indeed, here are a selection of the complimentary tweets from those at the first screening:

New dark, brain twister of a film is coming. Keep an eye out for @TheGhoulFilm directed by @gtunley w an incredible performance @TomMeeten

Got to see @TheGhoulFilm today which I had the pleasure of boom operating on 2 years ago, it was fantastic had me gripped all the way!

For updates on The Ghoul, including news of future screenings as/when they happen, follow the film on twitter or tumblr. We’ll be bringing you our review of the film next month too, plus – hopefully – an interview with its creator and director.

Thanks to Tom for his time and for his patience 😉