The Velvet Onion would like to extend our deepest sympathies to the family and friends of Victoria Wood CBE, who passed away today. 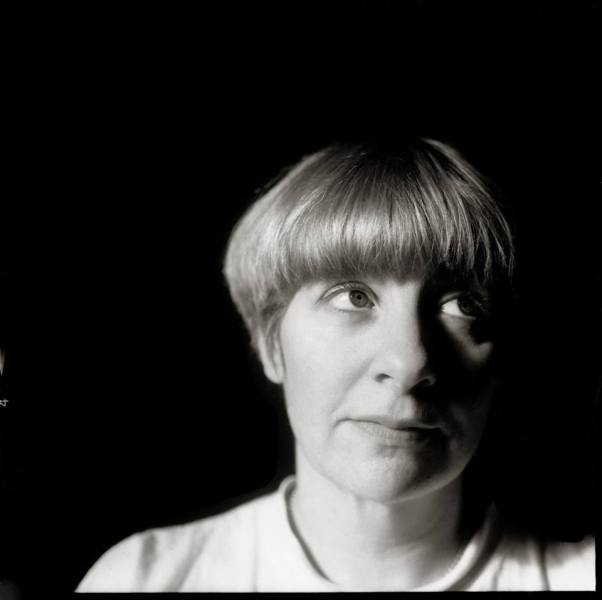 Hailing from the Prestwich area of Bury in the North West of England, Victoria Wood started her career appearing on tv talent show New Faces in 1974, and became a regular fixture on British television across the 1980s, 90s and beyond. Through her legendary sketch show Victoria Wood: As Seen on TV and her impeccable live appearances, she forged a blisteringly funny, inimitable path through observational comedy that paved the way for generations of comedians to follow.

Whilst not a mainstay of her work, Wood nevertheless rubbed shoulders with a number of our regularly featured artists during her career, beginning with a supporting role in Terry Jones’ 1996 adaptation of The Wind in the Willows, which co-starred Steve Coogan as Mole alongside Jones, Eric Idle, and a cavalcade of British comic talent. She later made another, even more memorable cameo in The League of Gentlemen’s Apocalypse as Queen Mary II, who is saved from a wicked homunculus by Reece Shearsmith‘s Geoff. 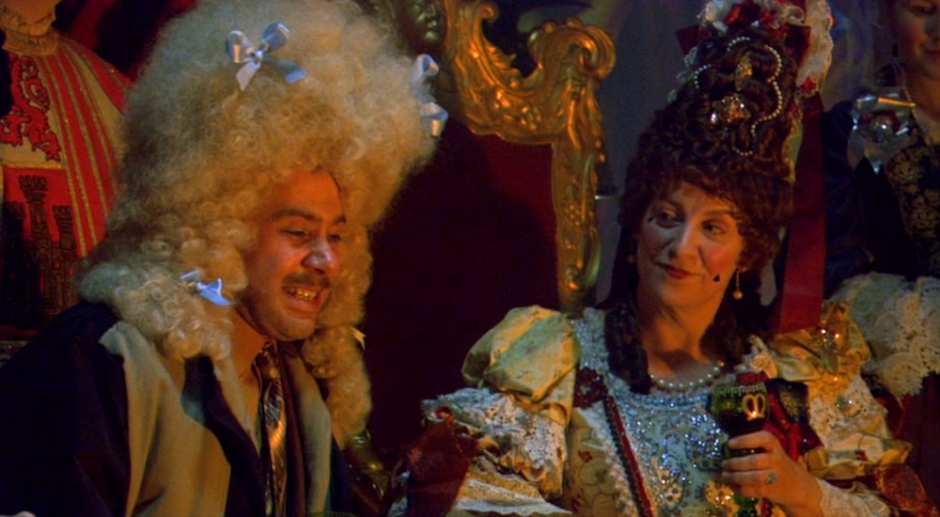 In 2011, Wood joined Sharon Horgan, Christopher Eccleston and Stephen Fry in the BBC’s lavish remake of The Borrowers, and the following year she made several guest appearances in the fourth series of Ruddy Hell! It’s Harry and Paul – the sketch show vehicle for Harry Enfield and Paul Whitehouse which also featured Kevin Eldon, Alice Lowe, Lucy Montgomery, Justin Edwards and Simon Greenall.

Also during this period, she appeared in the Comic Relief spoof Uptown Downstairs Abbey which featured Katy Wix and was made by the power couple of Adrian Edmondson and Jennifer Saunders; and both inspired and starred in the award-winning Eric & Ernie, which reunited her with Reece Shearsmith as well as working alongside Vic Reeves. And late last year, she played Eve in Sky’s festive delight Fungus the Bogeyman starring Timothy Spall, which also featured Paul Kaye as The Bogeyhunter, in what would turn out to be her final acting role.

However, all of this is a side-step in a long and vital career of her own, as a comedian, actress, musician, playwright, screenwriter and director. The highlights are numerous: the aforementioned As Seen on TV with its pitch perfect soap-opera pastiche Acorn Antiques; the BAFTA-winning live hour An Audience with Victoria Wood; the charming Pat and Margaret which saw Wood and frequent collaborator Julie Walters reunite in a poignant comic play about two long-lost sisters.

Then there’s the much loved BBC One sitcom dinnerladies, which aired two series between 1998 and 2000. Or the BAFTA winning drama she wrote and starred in, Housewife 49, about the true story of Nella Last. Or her acclaimed musical That Day We Sang, later turned into a TV movie.  And that’s barely scratching the surface: she even had a #1 hit in 1991, and appeared on Celebrity Bake Off with Kayvan Novak! Not to mention all those delightfully witty ditties she penned and performed so frequently.

She was also, by all accounts, a truly lovely human being, who always had time for everyone. And that included The Mighty Boosh, whom she was a huge fan of. In 2012, Mike Fielding told us: “I really love Victoria Wood, actually. It would be amazing to work with her on something, but I’m sure it would never happen. I really admire her writing, and would love to work with her in whatever context I could. She’s the only person I’ve ever gone starstruck at. She came backstage at one of our shows and I wanted to tell her how much I loved her work, but I just sounded like Beaker from The Muppets!”

Put simply, Victoria Wood CBE was a giant in British entertainment, and the world will be a sorrier place without her.

We are devastated to confirm that our very special Victoria has sadly lost her short battle with cancer. Thank you for your support & love.

Thank you for your love and support at this very hard time. We leave you with these words from Victoria. X pic.twitter.com/w1h9DX19wG

Victoria Wood CBE, Rest in peace. We shall miss you.

To further demonstrate her enormous influence, here’s what some of our favourite folk had to say…

This has just finished me. 2016 is the worst. Victoria Wood – a female Chekov. Comedian Victoria Wood dies aged 62 https://t.co/VTnbSMoggB

Another beautiful person leaves us R.i.p #victoriawood a big Boosh fan, we met her a few times at gigs, love & thoughts with her family

Truly sad and shocked to hear about the death of Victoria Wood. Sublimely clever, cute, of the people and so happy in her work, I'm sad.

Bloody love Victoria Wood. Made being great look so effortless. https://t.co/yBDS12MjoQ remains one of the all time classic 'bits'. RIP

Very true. Beautiful, funny wordsmith she was.
'Come and light the buttons on me flameproof nightie' https://t.co/xeX39bpo2b

So desperately sad to hear about Victoria Wood. She was a true inspiration and we all adored her.

Desperately sad. She was a guiding light & mould breaker for so many women in comedy, both with her TV & live work. https://t.co/dLZcwYQ5v1

Rest In Peace Victoria Wood. Just one of the best and funniest dialogue writers we've had on the isles. Very sad.

Can't believe the news about Victoria Wood. So much to be grateful for. https://t.co/iyPTp10jd0

RIP the brilliant Victoria Wood. She was such an inspiration – unparalleled comedy genius. What terrible shocking news.

Cant believe Vic has gone.She was truly an inspiration and had so much left to to give and we won't see it. She was so funny.#VictoriaWood

Few people have left a body of work that so perfectly describes British life. What a trailblazing, hilarious genius. #VictoriaWood

Such sad news. A brilliant writer and comedian. Thank you for a gazillion laughs. #RIP https://t.co/g3ofaRxIH5

I mean, if you wrote just one of those sketches, you'd take the rest of your career off.Fierce, irrepressible artistic genius. #VictoriaWood

Just once… Birmingham Hippodrome, May 1997, and of course, she was a delight 😦 pic.twitter.com/fSU15znP1J

Inconceivable that Victoria Wood has gone. She had a kindly yet savage eye for the ordinariness and the grotesquerie of life.

Met her first in 1999 and gushed for hours. 'As Seen on TV' a milestone for so many. Irreplaceable. Hysterical. True.

"I was just admiring that blue mink hat but I see now it's a mouldy pizza". RIP

"That's the colour of our Margaret's shower curtain…"
"Where?"
"Them varicose veins, there !" Vic Wood.

"Her with yellow flip flops on… Them's her feet !"

I am so shocked.So cruel Victoria Wood has died.We are robbed of her and her genius. Much sympathy to her family. pic.twitter.com/bk0eASvupa

This song hasn't been far from my side for the last 20 years. Makes me howl with laughter every single time. https://t.co/BweFAJ0Lps

Terrible news that Victoria Wood has died. What a brilliant, brilliant woman she was.

One of Britain's most brilliant and distinct comic voices. A huge influence on so many. Oh how I loved this song…. https://t.co/S6GYkI2a3m

Whatever needed doing today can wait until tomorrow because, let's face it, we're all just going to watch Victoria Wood videos on YouTube.

I only met Victoria Wood a few times, but I feel like I've lost a friend. I'm guessing a lot of us feel the same.

Just came home to hear Victoria Wood has died, Fucking Hell! What the fuck is going on? So, so sad. God bless her and her family