Paul Kaye is back at The National Theatre for a new adaptation of Nikolai Erdman’s The Suicide. 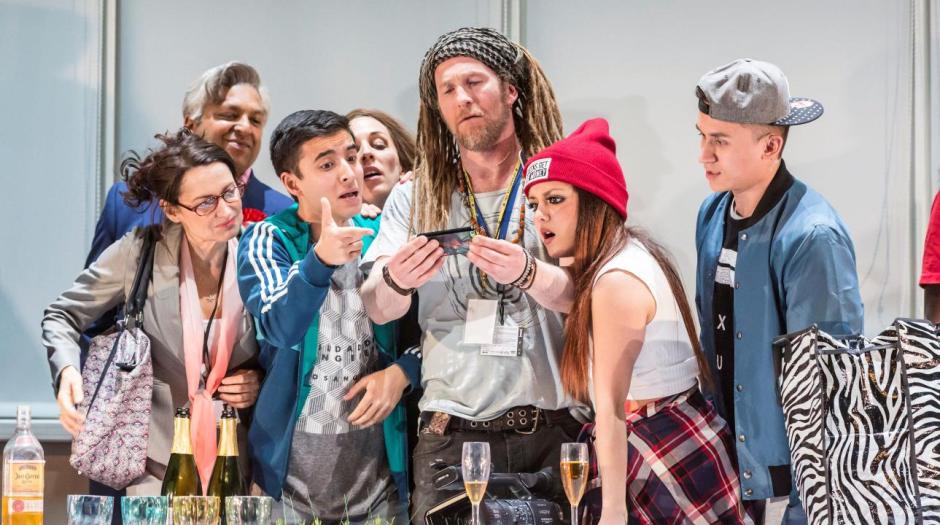 Adapted by Suhayla El-Bushra and directed by Nadia Fall, the play focuses on Sam (Marcus Adolphy): a man under pressure, with no job, no benefits, and a life trapped in a tiny flat with his wife Maya and her mum. Pressure is building and it feels like there might only be one way out, but there are plenty of people keen to capitalise on Sam’s momentous decision…

The bold reworking places the piece in contemporary urban Britain, bringing hip-hop, live music and fast-paced humour with it – a perfect fit then, for Paul Kaye, who makes his return to The National following his debut in the stunning Our Country’s Good last Autumn, alongside several of his cast-mates in this new play. Here, Paul plays a trustafarian film-maker called Patrick, who believes Sam could be a symbol of all that is wrong with society. 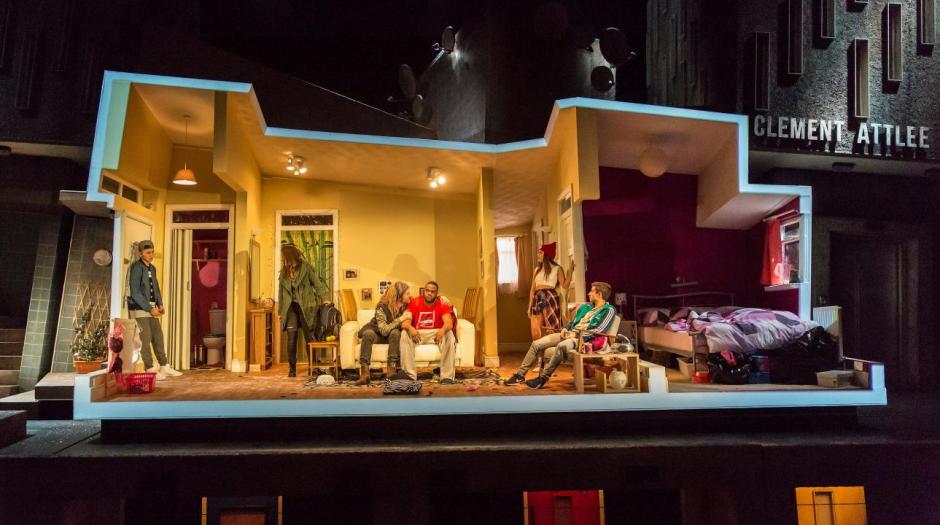 This being the National, there are hundreds of seats available for only £15 for every performance, giving people on lower budgets a chance to see great theatre from an award-winning production house. If you’re in London, you’d be mad to miss it. The show runs until 25th June.