Back in February we revealed that Hunderby, the award-winning dark comedy by and starring Julia Davis, had been commissioned for a  Christmas 2-parter. We can now confirm more details about the festive special, including transmission dates! 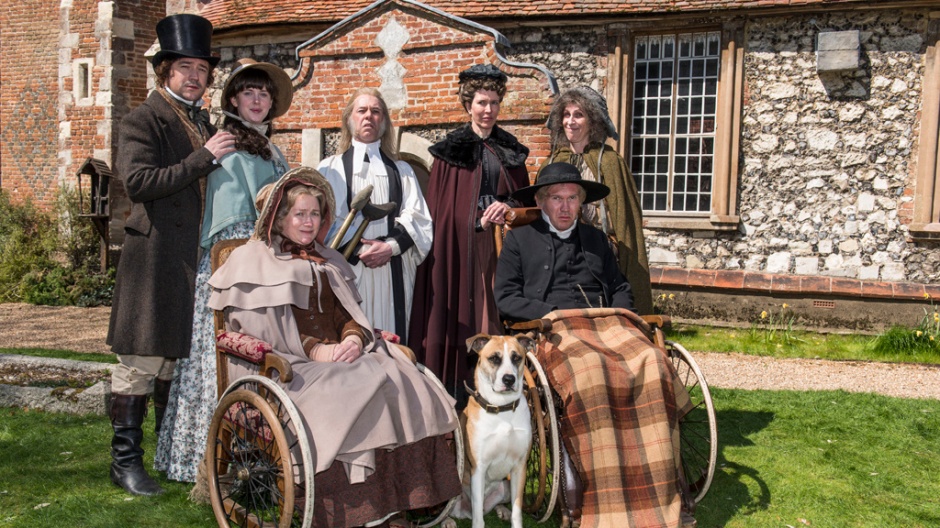 The first hour-long instalment – once again co-written with Barunka O’Shaughnessy – will air at 10pm on 10th December on Sky Atlantic, with part two hitting our telly box screens 1 week later on 17th December.

We’re delighted to report that Rufus Jones will be reprising his role as Dr Foggerty, with Alex MacQueen returning as Edgar and Reece Shearsmith featuring as the local vicar.

In the first episode local vicar John announces that homosexual men in the area are being identified and hanged (rather worryingly for the pastor), while Foggarty’s estranged wife Hester plots to interfere in his new relationship. In the second episode, Dorothy and Hester join forces to capture the men of their dreams.

If you’re one of the sorrowful few who still doesn’t have access to to Sky Atlantic, here are a few clips from the awesome first series to keep you going…