Graham Linehan‘s pilot project with Adam Buxton is to become a full series. 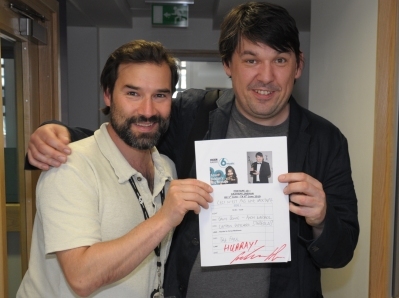 The Cloud, which we first told you about earlier this year, is a space set comedy which, in its pilot form at least, starred Aisling Bea and SunTrap‘s Jamie Demetriou.

At the time it was revealed that the show follows the fairly hapless crew of Cloud Station 13: a data hub floating in space, set up to protect the vast amounts of information humanity now hoards on its devices.

Now a full series has been commissioned by Channel 4, though it remains unconfirmed if Bea and Demetriou are still signed up. Whatever happens, we’re looking forward to it airing next year. Stay peeled for more updates as we get them.