This week sees the VOD release of Aaaaaaaah! – the full length directorial début of Steve Oram, in which he co-stars with a whole bevy of TVO regulars. Tom Meeten, Sean Reynard, Julian Barratt, Noel Fielding, Waen Shepherd and many more crop up across 78 truly demented minutes, that take audiences on a dark, depraved journey into a world not too dissimilar to our own, except everyone talks – and acts – like primitive man. 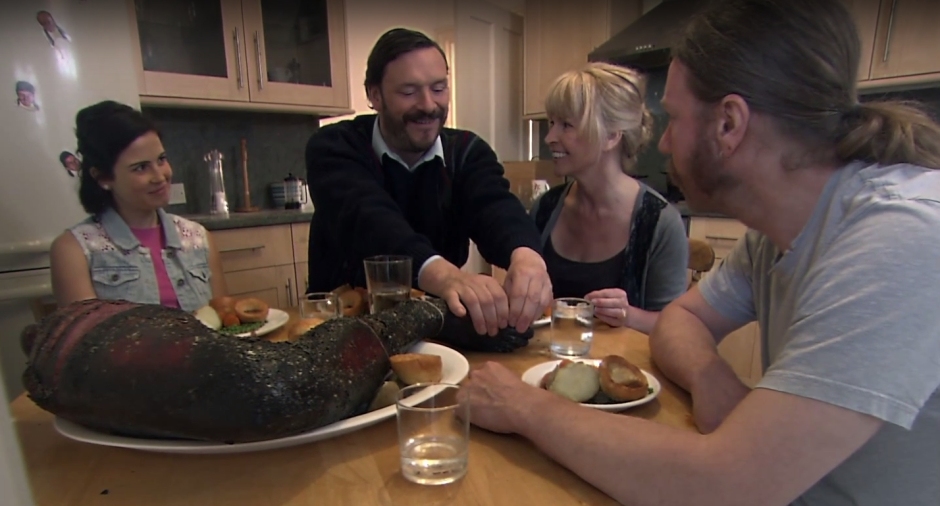 Also along for the ride, is an actress close to the hearts of many we cover on these pages. An actress who has appeared alongside such luminaries as Laurence Olivier, Christopher Lee, Phil Daniels and Katharine Hepburn. An actress heavily associated with the works of acclaimed director Derek Jarman. An actress who has also had an expansive career as a television presenter, but most importantly, was – no, is – a bonafide punk-pop icon. And as such, this felt as good a time as any to give you a potted history of her musical endeavours.

First rising to prominence in the late 1970s, Toyah Willcox was one of a number of positive role-models for young women of the era. Here was a woman who did things her own way, and no-one was going to make her do things she didn’t want to do. After an aborted attempt at forming a band with fellow rising star Adam Ant imploded after recording only one song, Toyah formed her own band: Ninth Illusion, who soon changed their name to mirror their unique vocalist.

Signing to Safari Records in 1979, the band’s debut single Victims of the Riddle and six-track ‘Alternate Play’ record Sheep Farming in Barnet followed in quick succession in July and August of that year. Combining the vocal gymnastics of Willcox with crunching guitars, and in the case of Neon Womb some particularly guttural brass, the AP was enough of a success for it to be promoted to full length album status in Europe, and imports were changing hands at such speed that Safari followed suit in the UK.

As audiences grew, Toyah released a string of underground hits on a regular basis, shifting line-ups often as Willcox was pushed continually out into the limelight more than the others. Only founder member Joel Bogen remained a constant as the band landed in the mainstream with the smash-hit EP Four From Toyah, which featured a track called It’s A Mystery that Wilcox had to be persuaded to sing.

Following this, their third studio album Anthem narrowly missed the top spot, and more hits followed: I Want to Be Free and Thunder in The Mountains becoming anthems of the era. To this day, Willcox is adamant that if they’d followed up these hits with the track We Are – a rousing number which closed Anthem, they could have been headlining Wembley Stadium in no time, and judging by how many units they were shifting in 1982, it’s quite possible she’s right. 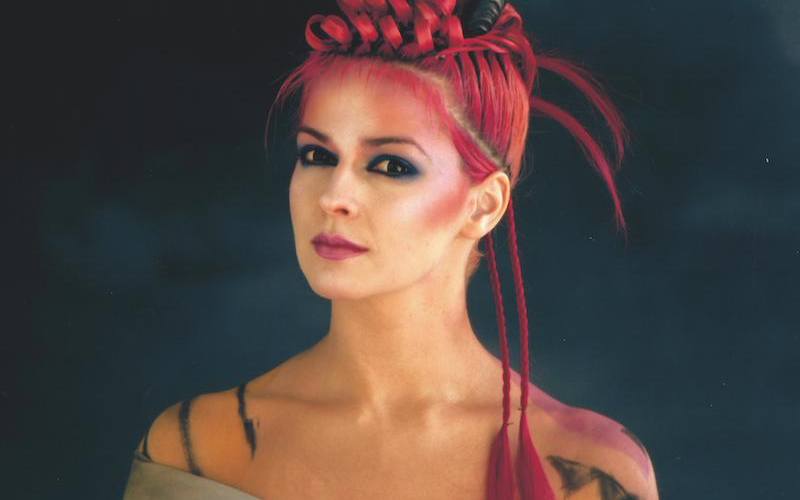 However, all good things must come to an end, and perhaps inspired by their sudden leap into the limelight, the band’s fourth album The Changeling came as something of a shock. This was a dark, gothic fantasy which – though sublime, and a top ten hit – failed to chime with audiences in quite the same way. In recent years, the record has become a cult favourite, filled with fantastical concepts, monsters, tree-dwellers and street warriors. Buy into The Changeling‘s world, and you’ve got an album to rival just about any ‘alternative’ record of the 1980s.

Yet the album’s lacklustre response signalled the end, and after one final album, 1983’s uneven Love is the Law, the band split later that year. Toyah Willcox was now a solo artist, and up for grabs to the highest bidder.

Her first standalone recording, Minx, was for an offshoot of CBS, who attempted to positioned Toyah as a pop icon, hiring teams of songwriters and signalling the end of her association with Joel Bogen. It failed. As did follow up album, Desire, for another label, though it did grant her a final chart hit with a cover of Echo Beach. 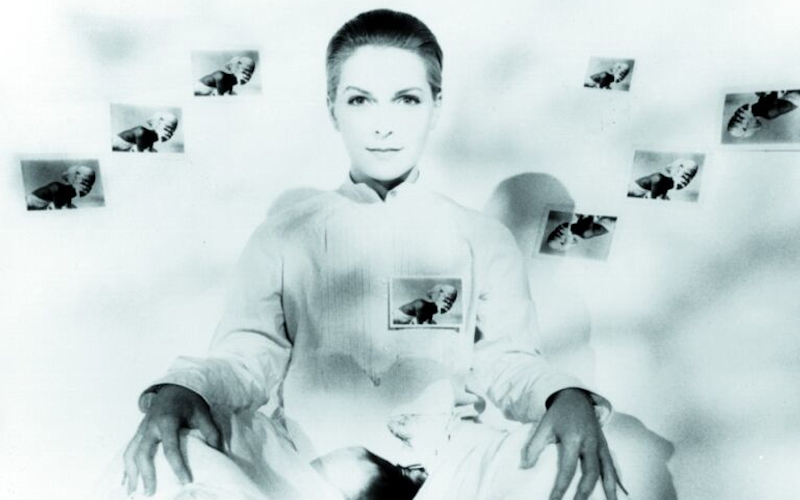 Since then, Toyah has continued doing things her own way. 1988’s groundbreaking experimental album Prostitute, all drum-loops, vocal-samples and challenging lyrics exploring womanhood, killed her mainstream pop career just as she was finding new success as a television presenter. Further albums followed until 1995, before Willcox began concentrating solely on the other sides of her career, seemingly bored of the studio-tour-studio-tour pattern to ever diminishing audiences.

Then in 2002, the unexpected happened: Toyah recorded a new EP. Little Tears of Love was a limited edition release, followed up by an expanded edition, Velvet Lined Shell. Made with three musicians who went on to form Sweet Billy Pilgrim, the record never bothered the mainstream but was a solid slice of Garbage-infused alt-rock, and began Toyah’s return to the studio, and the road.

Since then, she’s released another full length solo album in her own name (2008’s powerful In the Court of the Crimson Queen), and experimented with side projects This Fragile Moment and Family of Noise. Mostly, however, her musical endeavours have been focused in two directions.

Firstly, regular live tours with her long-term backing band pull in the nostalgic and the faithful for enthusiastic trips down memory lane. Playing a mix of classic tracks and newer favourites, Toyah bounces around the country for a mix of electric, acoustic and backing PA shows throughout the year, only stopping when the rest of her workload takes over.

And then there’s The Humans – the ambient rock band she formed with longterm collaborator Chris Wong and REM drummer Bill Rieflin. With three albums under their belt, the band are, like Toyah before them, underground critical darlings, doing things that sound like no-one else. And isn’t that exactly how it should be?

In fact, looking back over Toyah’s catalogue, some 36 years since Victim of the Riddle was released, it’s hard not to be struck by the sheer versatility of it all. There are those who only know It’s a Mystery. There are those who make pathetic jokes about the song revealing a little too much of Toyah’s lisp. These people are idiots, quite frankly, and don’t know what they’re missing.

Below, TVO’s humble editor – himself a died-in-the-wool Toyah fan since he discovered Brave New World in a box of 7″ singles at the age of six – has compiled a personal list of essential Toyah recordings. There are countless other tracks which warrant your attention, and with most of her back catalogue (1985’s Minx is conspicuous by its absence) now available on Spotify, there’s no better time to dig in.

Today, Toyah is still recording, and as the later tracks on this playlist demonstrate, she’s continuing to push herself into new territories. By that token, a film in which she speaks entirely in ape-like grunts is no real surprise: TVO isn’t quite sure what Olivier or Hepburn would make of it, but what better gift for an actress to lose all inhibitions and just go for it, as Aaaaaaaah! allows.

It’s also wonderful to see Willcox sharing the screen with comic actors who have admired her from afar for a long time. Never was this more apparent than in the creation of Alice Lowe’s glorious (and affectionate) Val Hallah pastiche, who first appeared in the short film Junglophilia (made by Lowe with Jacqueline Wright and Barunka O’Shaughnessy), and made a cameo appearance in Jackal Films This Christmastime several years later.

It’s not hard to see why she appealed to the kind of minds who populate our pages. In the early 1980s especially, Toyah’s music offered an alternative: fantastical realms amidst vocal histrionics and soundscapes a little too oddball for the mainstream to ever fully comprehend, in much the same way so much of the comedy on our pages has found its audience away from ‘Joe Public’. Like many of our regulars, Willcox has never really gained the mainstream appeal or, frankly, the respect that she not only deserves, but that her contemporaries (Bush, Sioux, Smith etc) get by the bucketload.

Whether this is due to her eclectic TV career post pop-success, or her uncompromising nature, we’ll perhaps never know, but those of us who have enjoyed her work for decades are slowly but surely being joined by new generations of fans.

And here’s an honest hope: with any luck Aaaaaaaah! will bring in a whole load of curious souls, and if just one of you reading this is intrigued enough to pick up an album or two, maybe we’ll see you down at the front on the next tour. Be proud, be loud, be heard. Because that’s exactly how Toyah would want it.

Aaaaaaaah! is available from iTunes, Google Play and Amazon Video now. For more info on Toyah’s music, tours and other activities, visit toyahwillcox.com