A brand new web series from the minds of Tim Hope and Andrew Bone has launched today. 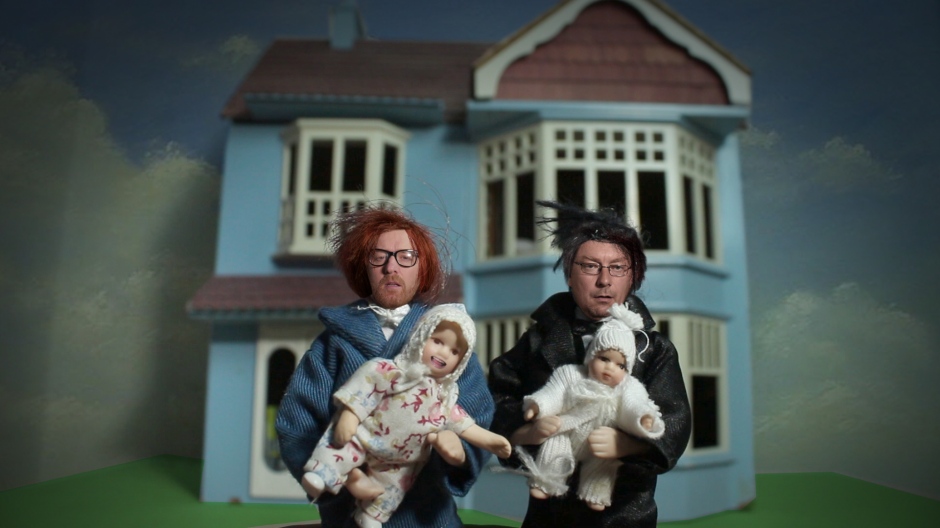 If you’ve gone through the delights – and agonies – of raising children, chances are you’ll empathise enormously with Tired Parents in which Hope and Bone provide the live-action faces and voices to an animated couple living in a dolls house riddled with parental and family issues.

Four mini episodes are now available to view below. In the first, the pair discuss that immortal argument that rages throughout the centuries: whose turn is it to get up in the night when the baby cries? The second sees them debate sleeping habits whilst out camping, while in episode three, there’s a big issue with a cardigan – or lack of one. Finally for now, the duo make a mental note to buy some potatoes.

The series marks a long awaited return from Tim Hope, whose past projects include 2010’s The Savage Canvas – which reunited him with 90s collaborator Julian Barratt – and the now legendary 1999 short The Wolf Man made by Hope and Waen Shepherd.

You can keep track of future episodes by liking the Tired Parents Facebook page over yonder.