Nearly a whole year ago we announced that the Broadway production of John Steinbeck’s Of Mice & Men would be showing on cinema screens around the world in the forthcoming months. Everywhere that is, except the UK.  Well, now we Brits need wait no more! 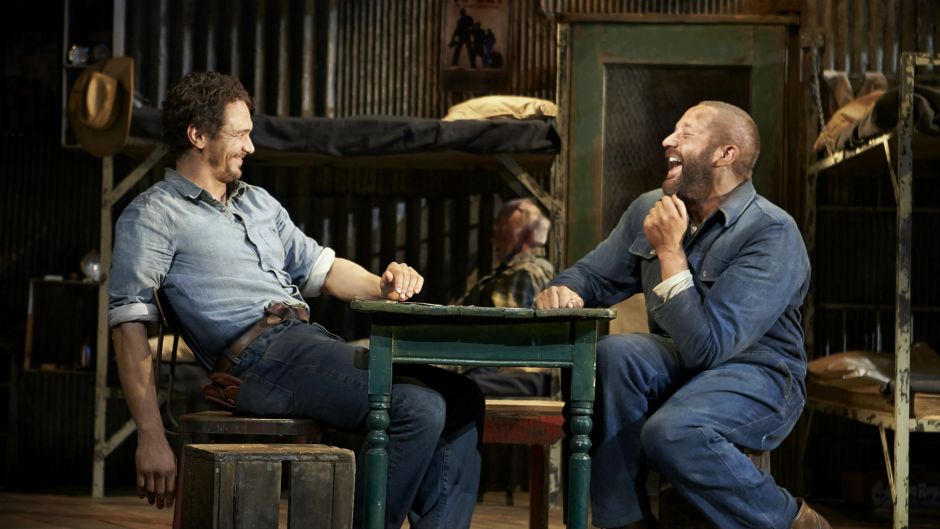 The filmed version of the award-winning, critically-acclaimed theatre production, starring Chris O’Dowd as Lennie and James Franco as George, will be screened by National Theatre Live from 19th November at various cinemas around the UK. To find out exactly where and when you can see it, take yourself over here.

For a flavour of what to expect, have a look at the trailer below: