Here at The Velvet Onion, we try to focus on the real, genuine news stories surrounding the alternative comedians who make up our family of frequent collaborators. We leave their personal lives very much off limits – as cute as all those Velvet Babies are these days – and don’t tend to look for trivial news stories to flood your feed with.

Every once in a while, we can’t help ourselves, however. And this afternoon, an event equal to typing google into google almost broke the internet. Prince – the incredibly prolific virtuoso musician and, it’s fair to say, known eccentric – shared a link to a sketch about himself on Twitter to his 94K followers, taken from the seminal 90s/00s sketch series Big Train. Thus.

Given that Prince – or his representatives – policy of policing the internet and removing all trace of ‘homage’ to him has left many a fan-site feeling dejected, it’s good to know the man himself still has a sense of humour.

We can only hope that the clip has intrigued His Royal Purpleness enough to check out more Big Train, and that gives us the opportunity to suggest you all do too. 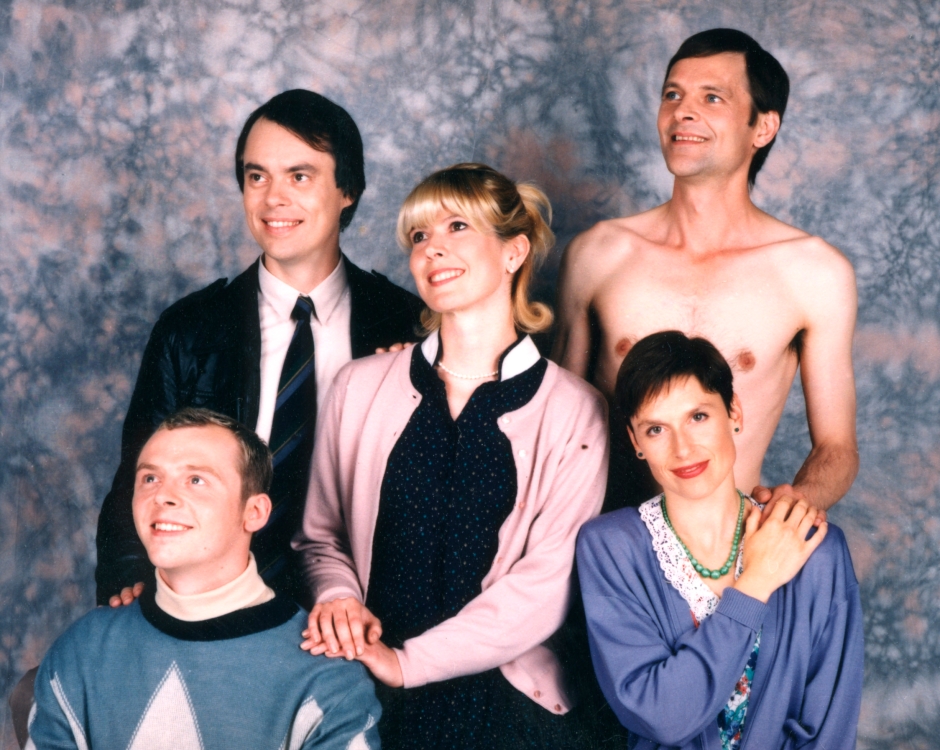 The show was the brainchild of Graham Linehan (The IT Crowd) and Arthur Matthews (Toast of London), following their runaway success with Father Ted. The first series aired in 1998, and starred Simon Pegg and Mark Heap (both pre-Spaced), alongside The Actor, Kevin Eldon, Amelia Bullmore (I’m Alan Partridge) and Julia Davis.

The latter pair jumped ship after the first series along with Linehan, and it was four years before the second and final run aired – this time with Rebecca Front and Tracy Ann Oberman joining Pegg, Heap and Eldon.

The show was also notable for giving Catherine Tate (The Office, Doctor Who) an early break on television, appearing in seven episodes across both series, while other guests included Simon Greenall (I’m Alan Partridge, Alice’s Wunderland), Julia Deakin (Spaced, Love in Recovery), Geoffrey McGivern (just about every comedy ever) and a very young Nick Frost.

If you’ve never seen the above clip before, there’s still a chance you’ll have recognised the dulcet tones of Chris Morris, who co-directed the first series alongside with Linehan. Series Two was directed by Jonathan Gershfield, who went on to direct Strutter featuring Paul Kaye and Lucy Montgomery, so the lineage of TVO heritage within the show really does loom large. Really, if you haven’t seen it yet, you definitely should.

Truly one of BBC Comedy’s jewels in the crown, both series are available in a double-pack to buy on DVD now for the bargain price of £4.95 in The Velvet Onion Amazon Store. You can also see a selection of highlights via the handy playlist below. Enjoy…