It’s now over 25 years since The Crystal Maze first aired on British television, and to celebrate, Buzzfeed have spoken to a number of those involved with its creation. 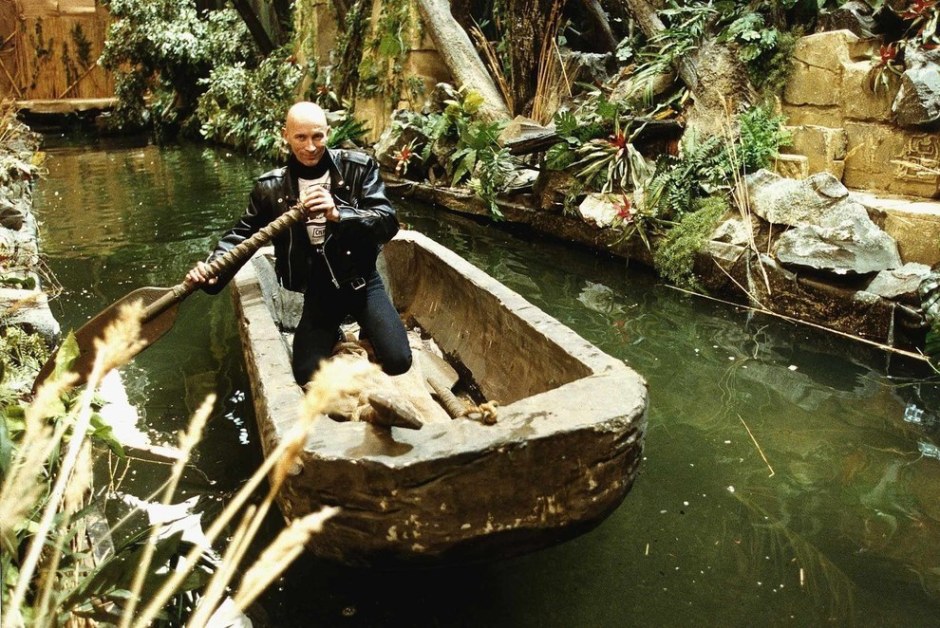 For the uninitiated, The Crystal Maze was a long-running, ratings-grabbing game show in which teams of six ordinary people were flung into short mini-games in themed locations, all to win crystals which translated to seconds in a giant dome grabbing at foil tokens to try and win random prizes, from a rally adventure to a rock-climbing day: the more adventurous the contestant, the better their prize, it seemed!

Presented by Rocky Horror show legend (and one-time Mongrel) Richard O’Brien for its first four series, and punk rock legend (and one-time Game of Thrones preacher) Edward Tudor Pole for a further two series, the show ran for just five years, ending in August 1995, but its legacy is strong, thanks in no small part to regular repeats on freeview channel Challenge. It’s also been ripe for parody over the years, with everyone from Adam & Joe to Cardinal Burns trying out a kind-hearted parody or two.

The show was a joyously silly slice of pure escapism, and while time hasn’t been kind to the contestants hairstyles, there have been many calls for its return over the years, including this impassioned plea from The Guardian earlier this year. This particular writer remembers a teacher from his primary school who went on the show – even getting featured in Look-In magazine as a result – and the sheer excitement of her bringing in a gold and silver token, along with her winning crystal, is a memory that has stayed with me ever since.

Now Buzzfeed have taken a look at the incredibly high-concept gameshow for a retrospective piece, which speaks to a number of those involved. This includes the show’s original host, Richard O’Brien, the actress Sandra Caron (better known as “Mumsy”), director and producer David G. Croft, and one of the first ever contestants on the show.

The reason we’re telling you all about this is that another contributor is the show’s production designer, James Dillon, who at that time was already a veteran of British television, having worked on Metal Mickey, The Goodies and Don’t Miss Wax, amongst others, and had a brief stint in America working on Dempsey and Makepeace.

Of course, following The Crystal Maze, Dillon went on to design sets for Penn & Teller, The Thin Blue Line, Game On, The Royal Family, Gimme Gimme Gimme and 15 Storeys High, before he took on the task of bringing to life a journey through time and space with The Mighty Boosh.

After designing all three series of the Boosh and both of their UK live tours, James went on to work on Not Going Out, Russell Howard’s Good News, The Persuasionists and Noel Fielding’s Luxury Comedy, for which we spoke to him in our Series 2 making of video below.

You can read the piece from Buzzfeed over yonder, and episodes of The Crystal Maze regularly air on Challenge. We also recommend having a peruse of James Dillon’s website, which is full of fascinating insights into his incredible career.