The show is based upon Susanne Clarke’s bestselling novel, and there’s a strong pedigree behind the camera, with writer Peter Harness and director Toby Haynes having previously worked on Doctor Who, Wallander and Sherlock between them. Eddie Marsan and Bertie Carvel lead the cast, which also includes Charlotte Riley, Alice Englert, Enzo Clienti, Vincent Franklin, Brian Pettifer and Marc Warren in full on ‘spooky bastard’ mode.

We’ll have a full spoiler free preview of the first episode for you later this week, as well as a catch-up with star Paul Kaye. In the meantime, we can tell you that while the serial may be slow to get going at first, the mystery and intrigue builds as the episode proceeds, the cast act their socks off, and it leaves you wanting more. Which you’ll receive each Sunday for the following seven weeks.

For now, then, set your DVRs, put a reminder in your phones or keep an eye on iPlayer, because we guarantee this is one not to be missed. Episode One airs on Sunday evening at 9pm on BBC One. US audiences can see the show from June 13th. In the meantime, you can see a trailer below.

This week, the murdered celeb in the run-down town of Successville is none other than Reese Witherspoon, here the owner of Successville’s biggest chain of bars, in one of the daftest puns we’ve heard in a while. As ever, one of the town’s inhabitants did it – but is it the right honorable Reverend Gary Barlow (Colin Hoult), strip club owner Mary Berry (Frances Barber), or casino boss Justin Bieber (Cariad Lloyd)?

For some, the delightful aspect of Murder in Successville is watching the immersed celeb guest crack under pressure, and with Tom Davis ripping him to shreds with his gruff, no-holds barred madness, there’s plenty of that on display. For us, though, the real delight is watching the impressive cast improvise characters around the bewildered star, which never gets old when your cast is this good.

Radio 1 DJ Greg James is the poor rube dropped into the entertaining, immersive murder mystery. He’s got to work out why Reese Witherspoon, owner of Successville’s biggest chain of bars (see what they did there?), has been murdered. Playing junior to the gruff, unorthodox-verging-on-insane DI Sleet (deadpanned brilliantly by Tom Davis), he’s criticised for being “a bit camp and weird”.

Also featuring Liam Hourican, Luke Kempner and Nick Mohammed, and music by Waen Shepherd, you can catch Episode Two on Wednesday evening at 10pm. Episode One, which also featured Tony Way, is available on iPlayer now. You can see a preview clip of this week’s episode, in which Greg James is forced to tackle an unexpected phone call, below, and catch our interview with Tom Davis over yonder.

The second series of the critically acclaimed W1A ends this week, days after star Jessica Hynes received a BAFTA for her work on the show.

In this fourth and final instalment, the corporate merry-go-round continues to turn as the recent appointment of David Wilkes (Rufus Jones) to the post of Primetime Factuality Executive hasn’t improved his ability at actually making shows work, and it’s up to Izzy (Ophelia Lovibond) to provide inspiration for content to fit inside his new title One Big Family.

Elsewhere, personable Lucy Freeman (Nina Sosanya) has been persuaded to stay at the BBC by being made Head of Inclusivity, but a difficult situation involving a BBC London weather man and a female present threatens to blow up and take the management team with it, and Freeman’s feelings towards Ian Fletcher (Hugh Bonneville) are now rivalled by those of the brutal Anna Rampton (Sarah Parish).

Hynes role as PR guru Siobhan Sharpe is, by her own admission at Sunday’s BAFTA ceremony, just one part of the talented ensemble, which also includes fellow BAFTA winner Jason Watkins, acclaimed actress Monica Dolan, and up and coming talent Hugh Skinner. The award win means we’ve unlikely seen the last of the team, and that’s no bad thing, as this episode demonstrates the show doesn’t so much go out on a high, but stays consistently magnificent from start to finish. More, please.

Catch the final episode on Thursday evening at 10pm, and previous editions on iPlayer now. The first two series are also released on dvd at the end of the month, and can be ordered for £14 from The Velvet Onion Amazon Store.

This week, former policeman turned midwife Matthew (Boyd) discovers a baby abandoned in one of the hospital’s cupboards. As he desperately tries to track down the mother before the authorities are called in, he must fend off senior consultant obstetrician Luke (MacQueen), who can sense something is up. Elsewhere, Lisa (Aisling Bea) plays agony aunt and Pat (Llewella Gideon) shows her colleagues a startling artwork she has created.

You can catch the latest episode on Wednesday at 9:30pm on ITV, and previous episodes are available now via ITV Player. There’s currently no sign of a dvd release, so if you’re a fan of the show, it’s probably a good idea to savour these while you can.

ALSO ON TV THIS WEEK

There’s a chance to see Alan Partridge: Alpha Papa if you haven’t already bought it (and really, you should have done a long time ago!), as the long-awaited debut feature-film for Steve Coogan‘s irrepressible broadcaster airs on BBC Two on Saturday from 9:20pm.

That’s followed an hour after it finishes by another chance to watch the sublime In the Loop – which put The Thick of It‘s Malcolm Tucker (the incomparable Peter Capaldi) on the big screen, sparring against the late James Gandolfini as US Army General Miller. Coogan makes a memorable guest appearance as irate constituent Paul Michaelson (“Five megapixels”), and regular members of TToI team also make appearances, including Tom Hollander, Chris Addison, Joanna Scanlan and TVO regular Alex MacQueen.  Catch it at 11:45pm on BBC Two.

Elsewhere, Spaced legend Simon Pegg makes a guest appearance on The Graham Norton Show on Friday evening, discussing his new film, Man Up, which features Sharon Horgan and is released in UK cinemas on 29th May. We love a bit of Peggy-goodness, as his work often draws him into our peripheral vision, so if you’re in on Friday night, you could do a lot worse than tune in for this, starting at 10:35pm on BBC One.

There’s almost always a chance or two to see a TVO regular on stage, often in London, but as demonstrated this week, also up and down the country. Here’s where you can find them throughout the week. 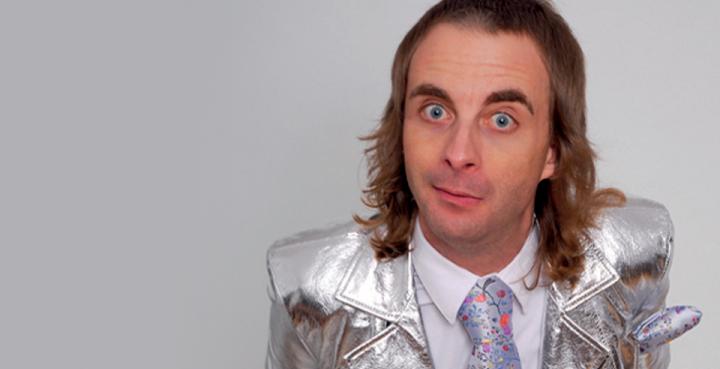 If you love ‘Inside No 9’ & think it deserves a bluray release for its darkly brilliant series of short films follow @InsideNo9Bluray & RT.

Huge amounts of telly on tonight. Five shows with TVO stars in them! http://t.co/S9xWoCVYp8

As Ronan Keating once observed, you say it best… When you say nothing at all. Here’s @JohnnyBigface doing that. https://t.co/c2XxaB3MTF

Can’t stretch to a painting? You can now buy postcards of @noelfielding11‘s watercolours: http://t.co/adwRkJFP4k pic.twitter.com/PrMdQPCAio — The Velvet Onion (@thevelvetonion) May 8, 2015

If you haven’t heard already… TVO’s favourite new comedy in a long time has been given the chop. 😦 http://t.co/HgMx2DnNMG Fare thee well. — The Velvet Onion (@thevelvetonion) May 9, 2015

Divorce, a new comedy from @SharonHorgan, starring Sarah Jessica Parker, gets a full series commissioned by HBO: http://t.co/HSYhZi2KB7 — The Velvet Onion (@thevelvetonion) May 10, 2015

Huge congratulations to @porksmith for his BAFTA win! Much deserved. Love from the whole team at TVO. x https://t.co/5U4ySkYxQm