The short was shot last year, and appeared at a smattering of film festivals, including the Leeds International Film Festival in October. Following Jack’s 2011 short film debut Straight Way Lost (which also featured Paul Kaye), Pieces also stars Tanya Franks from Pulling and Defiance star George McKay.  To further the TVO connections, cinematography comes courtesy of Laurie Rose (Sightseers, A Field In England, Kill List, Down Terrace).  And the soundtrack comes via the impressive collaboration of Pablo Clements and James Griffith – both of UNKLE fame, under their Toydrum moniker.

Now at last, it will be released to a wider audience at some point on Monday, 6th April. As we went to press, we didn’t have a link to share with you, but please see our subsequent post about it, which includes the embedded film. Also, keep your eyes on Jack’s website and Twitter for updates.

NEW TO TV AND RADIO THIS WEEK

After a solid three months of heavy comedic artillery, with recent weeks featuring eight or nine shows per week with TVO regulars taking centre stage, this week is our first real ‘quiet one’ of the year. However, with Inside No. 9, Moone Boy and Travel Man on our tv screens, and Chat Show Roulette continuing on radio, there’s still plenty to savour, and a couple of cheeky bonuses if you know where to look. So, as always here’s a run-down of what to look out for over the next seven days.

The dark comic anthology from Reece Shearsmith and Steve Pemberton has always been delightfully eclectic, and following two modern day tales of death and mystery, the third episode of this second series throws us back to Puritan days, as the gents pay homage to The Witchfinder General with their own The Trial of Elizabeth Gadge.

Warner last worked with S&P on the criminally underrated The League of Gentlemen’s Apocalypse, so there’s a particularly arch pleasure in casting him in a similar vein here. There’s also appearances from the legendary Paul Kaye as Richard Two-Shoes (perhaps an ancestor of Johnny Two-Hats?), and Horrible Histories star Jim Howick.  The results are wickedly entertaining, as the episode allows S&P a chance to indulge their love of 70s horror and unleash their inner Vincent Price. What more do you need? 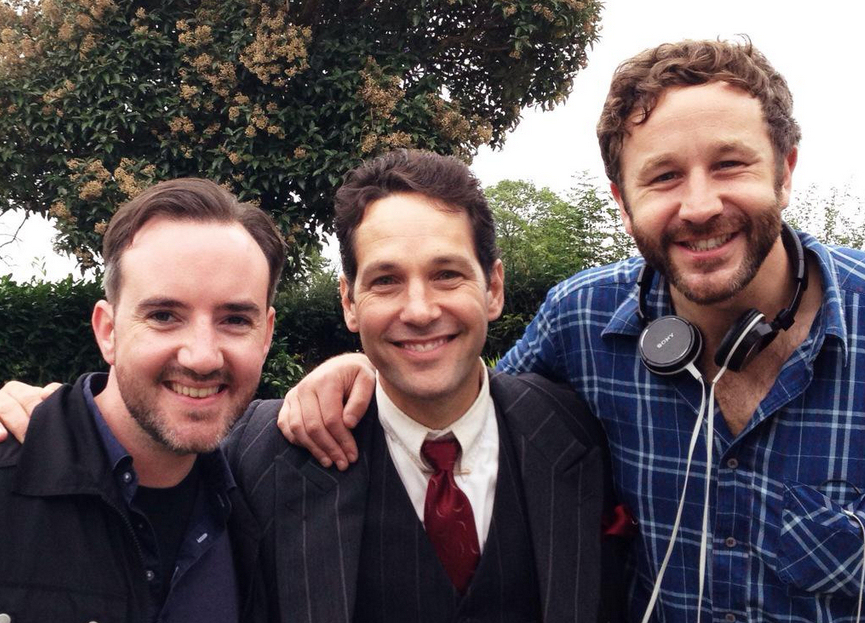 It’s never easy saying goodbye, and it’s even harder when you’re saying it to a show like Moone Boy, which never fails to charm us with its clever blend of familiar homespun charm and moments of downright madcap nonsense.

This week, Chris O’Dowd and Nick Vincent Murphy’s sitcom about a boy and his imaginary best friend in rural early-90s Ireland gets a touch of Hollywood glamour to send off its third series, as Anchorman megastar Paul Rudd makes a guest appearance, in an episode that manages to fuse the Irish civil war with George Gershwin and Godzilla. As you do…

It turns out that imaginary friends run in the family when Grandad’s childhood pal George Gershwin – a cool, piano-playing guy – turns up to fulfil his bucket list. Martin, Sean and Crunchie Haystacks (the ever brilliant Johnny Vegas) embark on a series of adventures to help him. Also, with summer just around the corner, Martin takes an unusual approach to his exam revision. Come back soon Moone Boy, for you will be missed. 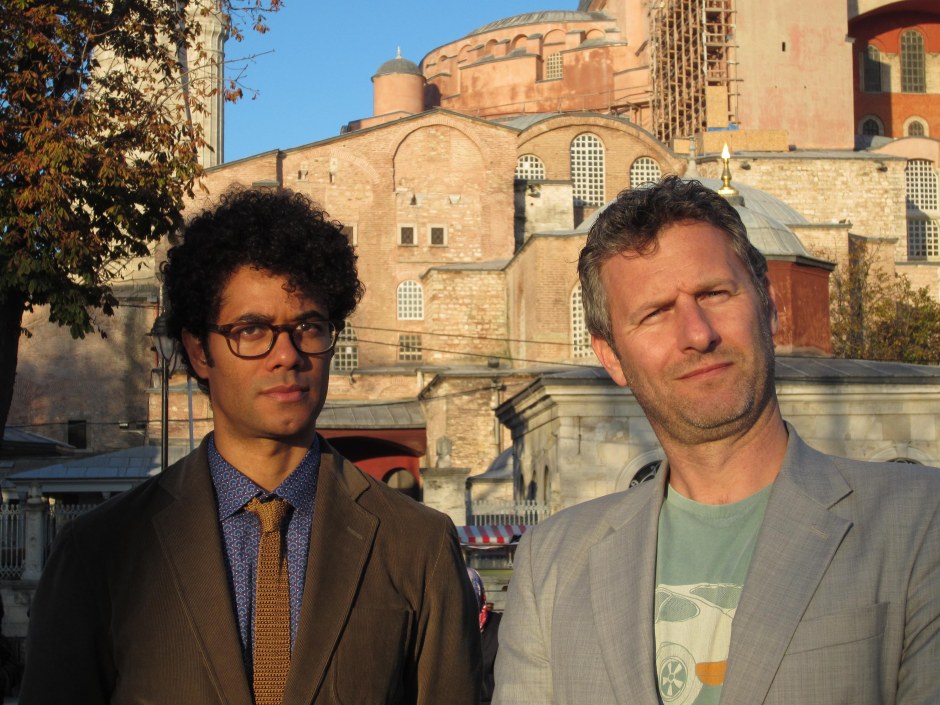 Who would have thought that, only two episodes into Travel Man, that Richard Ayoade would be a natural host for this fast-paced holiday adventure series? Well, anyone who has previously enjoyed Gadget Man for one, or been charmed by Richard’s unique style over the years.

And he really is quite brilliant as the host of this new show, in which he is joined by celebrity guests and tasked to enjoy the most efficient weekend break possible. This week, he is joined by stand-up comic Adam Hills for a whirlwind weekend in Istanbul, Turkey.

The pair cross the River Bosphorus from Europe to Asia, comparing a private yacht tour with the low-price public ferry. They follow this up with an authentic Turkish shave at a local barbershop, and share an awkward moment at a local bath and massage parlour. Best of all, they visit the Grand Bazaar market, where both men have a go at haggling. Travel telly has never been this fun.

Justin Edwards returns as the host of long awaited radio improv show Chat Show Roulette on Thursday evening. The former live show, turned tv pilot, turned radio pilot finally came to air a few weeks ago, and has featured a strong line up of guests so far including Kevin Eldon, Matt Lucas, Cariad Lloyd and Charlie Higson amongst others.

Joining Justin this week are comedians Adil Ray, Jarred Christmas and Rachel Parris, and regular musical accompanier James Sherwood. As is the nature of improv, not everything works, but with talent like this, the vast majority of it is downright hilarious. Kick back and tune in. 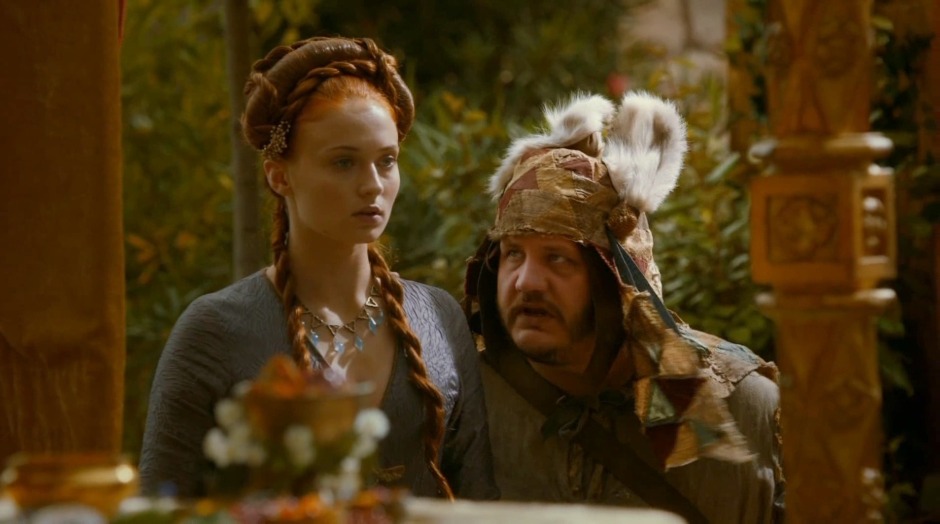 Again, a bit of a slow week here, but there’s always chances to catch TVO classics if you know where to look. This week, with the fifth series of Game of Thrones just around the corner, Sky Atlantic are loving the opportunity to revisit the whole run. Which means, in recent weeks, we’ve seen the likes of Paul Kaye as Thoros of Myr and The Day They Came To Suck Out Our Brains star Gemma Whelan as Yara Greyjoy.

This week, they reach Series Four, which saw the return of Tony Way as Ser Dontos Hollard, who ends up playing a very key part in the Game. His three episodes are all being shown on Friday evening from 9pm. If you’ve missed out on GoT so far, and want to binge watch ahead of the new run, Now TV is offering the first four series as part of their ‘Boxset’ range for a limited time only, or you could always buy the dvd or blu-ray from our store.

IN OUR PERIPHERAL VISION

In a quiet week like this, it’s always good to cast a light on those just outside our remit who we love and admire, and would feature if only they worked with our regulars that little bit more often.

So this week, look out for the ever delightful Diane Morgan on the first new episode of Have I Got News For You this year, alongside The Thick of It and Alan Partridge co-creator, Armando Iannucci and guest host Daniel Radcliffe. The 49th (!) series starts on Friday night at 9pm on BBC One.

Listen out also for the re-run of Neil Gaiman’s Good Omens on BBC Radio 4 all week long, mostly at 11:30pm every night. The fantasy epic features a top notch cast with a smattering of names that aren’t quite regulars here, but we think they’re brilliant all the same: including Mark Heap, Peter Serafinowicz and Julia Deakin (all Spaced veterans, no less), as well as Neil Maskell (Kill List, Utopia), Louise Brealey (Sherlock, The Government Inspector), Arsher Ali (Four Lions), Mark Benton (Inside No. 9) and many, many more. 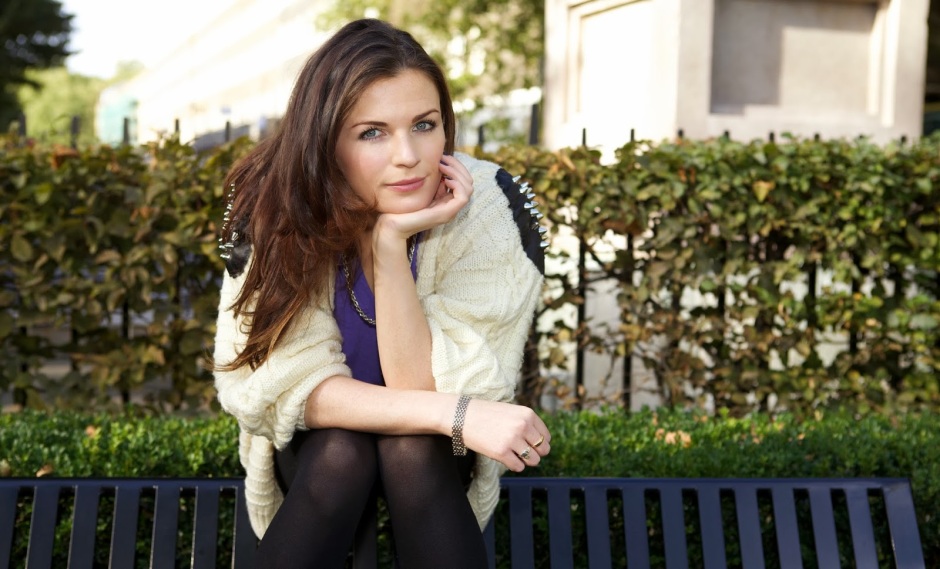 As is often the case, this week sees a smattering of TVO regulars appearing across London on various stages for your entertainment. So if you’re in the area, here’s where you can see them…

Of course, if you’re on the other side of the world, then you can see Sarah Kendall, Paul Foot and Tony Law at the Melbourne International Comedy Festival until April 19th. And if you’re in LA, keep your eyes peeled, as the recently emigrated brilliance that is James Bachman may just turn up on a bill near you.

WIN Double Passes to see @noelfielding11 & meet him backstage at each show across Australia! http://t.co/T6LDOmVrnH pic.twitter.com/FXfRHA7SCM

Considering we didn’t even know it was on til it was nearly too late, we’re not surprised… But this is sad news. http://t.co/Xn1cE3bZaJ

Ignore today’s dumb non-news nonsense and read this rather sweet interview with Noel Fielding about his art instead: http://t.co/9G2WIJrMCN