NEW TO TV AND RADIO THIS WEEK

It’s yet another packed week for top notch television and radio material, with a brand new show to savour and one last chance to see three others, so here’s a run-down of what to look out for over the next seven days.

Joined by celebrity guests, Richard’s task is to enjoy the most efficient weekend break possible. This week, he is joined by Kathy Burke for 48 hours in Barcelona, sampling adventurous cuisine, a football museum, a guided tricycle tour and a trip to see the surrealist work of Joan Miro.

These two talents will always make for affable company, and to spend half an hour with them is a pleasure. You can catch the show at 8:30pm on Monday evening, and it will be available on 4oD shortly after transmission.

In this thrilling second installment, Christine Clarke brings a man back to her flat from a New Year’s Eve party and her life immediately starts to unravel, as a terrifying stranger keeps appearing in the apartment at night. There’s plenty of scope for Shearsmith to be downright creepy in this one, and it’s yet another great opportunity to see him and Pemberton at their finest.

Series Three of Moone Boy continues on Sky 1 this Monday evening, with the fifth of six new episodes from Chris O’Dowd and the team.

This week, Martin begins renovating his new ‘penthouse’, and the whole town wonders: does Boyle really need a Catholic book shop? Expect more of the usual off-kilter charm and madcap adventures from the gang. This show knows what it does well, and doesn’t plan on breaking the wheel any time soon, and every now and then, that’s exactly what we need.

Julia Davis and Marc Wooton return with a second one-off comedy, featuring Alex MacQueen and Rosie Cavaliero. Sleepy Tigers features Davis and Wooton as a couple of maternity nurses running their own business, who start taking over the lives of some very new parents.

Following last week’s delightful one-off Couples, which is now available on iPlayer, this is a rare excursion from Davis (currently filming Hunderby‘s festive special) that’s simply not to be missed!

We bid a fond farewell to the House of Fools this week, as Vic Reeves and Bob Mortimer‘s sublime sitcom madness winds up its second series, with special guest appearances by Sally Phillips and Tony Way.

This week, Vic has a big date with his ex-girlfriend, but when she cancels, his friends set about concocting an ingenious plan to make sure he isn’t left disappointed. It’s another slice of funtime from the bonkers duo, with series regulars Matt Berry, Dan Skinner, Morgana Robinson, Daniel Simonsen and Ellie White on hand once more to ensure the run finishes on fine form. We’re really going to miss this one… 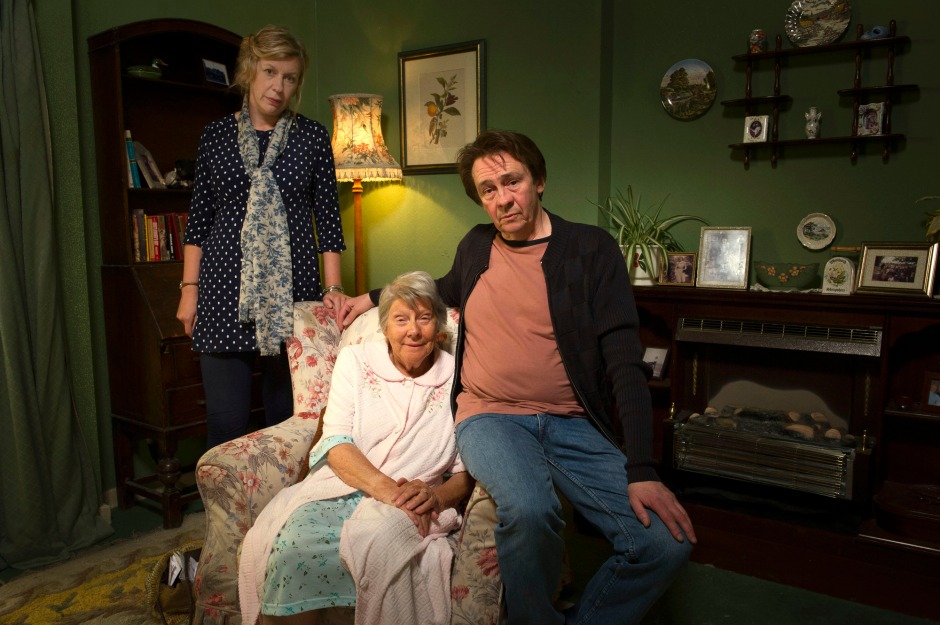 In the final installment, Liz’s personal problems come to a head and she is a lot less sympathetic with her ex-husband than with her service users. Elsewhere, former soldier Jack begins to build himself a dug-out in the back garden, Herbert confides that he would like some female company, and Graham manages to rise from his bed and walk.

Nurse has been a timely reminder of the important work done in the name of improving mental health services in the UK, and its sensitive portrayal of the issues on hand have highlighted just how far we still have to go as a nation. Above all else, it’s been delightful to spend time with Whitehouse’s gallery of characters, and Esther Coles has been magnificent as put-upon Liz. Here’s to a second run before too long…

The rather hostile reception that dear ol’ Pompidou has received from certain elements of the press may make Sunday the last chance we have to spend time in the daffy aristocrat’s company. Despite a valiant defence from some quarters, it seems Matt Lucas new show hasn’t quite connected with audiences – which is a huge shame, as once cynicism is thrown out of the window, there’s much to adore here.

In this final installment, the electric heater in the caravan has broken down, and with Pompidou as broke as ever, there’s no chance of fixing it. The only thing left to do to get warm is go on holiday, but without the cash, he and butler Hove (the ever wonderful Alex MacQueen) must get creative. Enjoy it while you can…

There’s almost always good shows being repeated on a regular basis, but this week we get a couple of interesting ones to keep a look out for. Rhys Thomas multi-award winning documentary Freddie Mercury: The Great Pretender gets a re-airing on Friday night at 9pm via BBC Four, and another noteworthy recent doc airs on Saturday night once again: Rik Mayall: Lord of Misrule is back on BBC Two at 10:45pm, paying tribute to the irreplaceable comedy legend.

Over on Radio 4 this week, the recent Milton Jones led project, Thanks a Lot, Milton Jones begins a re-run. If you missed it earlier this year, it features TVO regular Dan Tetsell alongside Tom Goodman-Hill and Josie Lawrence, and can be heard on Wednesday morning at 11:30am. 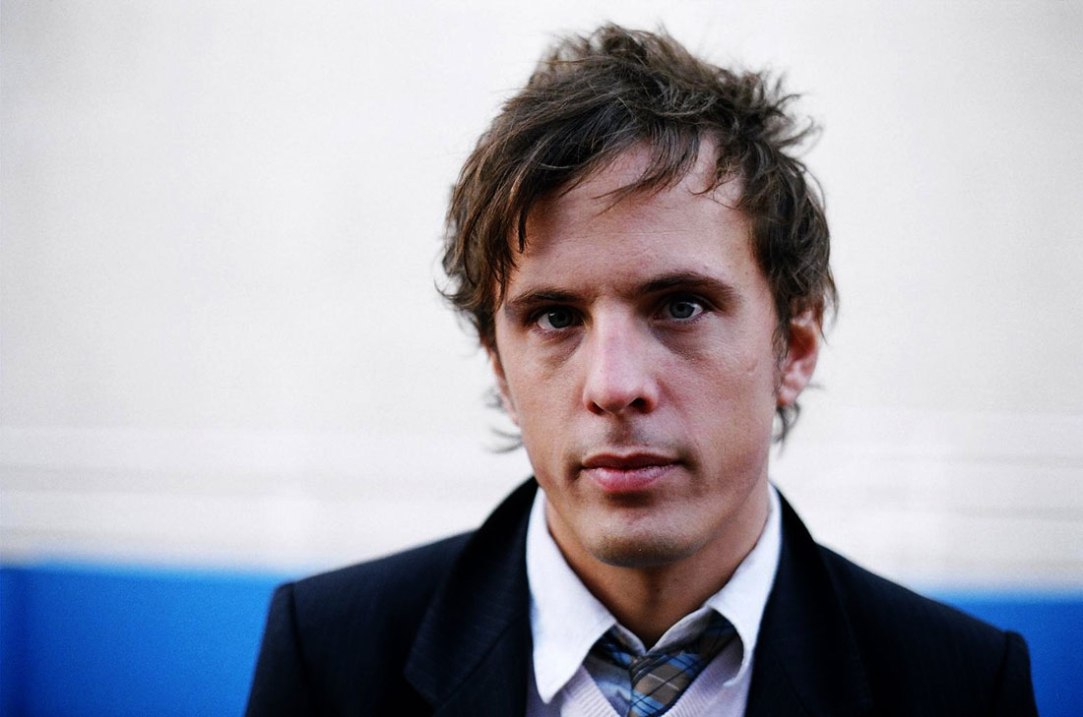 As is often the case, this week sees a smattering of TVO regulars appearing across London on various stages for your entertainment. So if you’re in the area, here’s where you can see them…

Of course, if you’re on the other side of the world, then you can see Sarah Kendall, Paul Foot and Tony Law at the Melbourne International Comedy Festival until April 19th.

Innovative new play 'The Vote' to be broadcast live on election night! Many TVO Connectionshttp://t.co/yxoMlxbKHW

Whether you were at @noelfielding11 TCT gig tonight or not, please give to a great cause: https://t.co/ldteVPMQAU pic.twitter.com/1G4Ic3u2o4

You may wish to follow @iOfTheZang. We would if we were you… 😉

@thevelvetonion The fab Paul Kaye has doodled us a bear. It will be auctioned for @GreatOrmondSt very soon. Please RT pic.twitter.com/u3SZA992uY

Heading down to Westminster to meet @PetFell and @Aiannucci – channelling my inner Malcolm Tucker. #fuckthefuckoff

COMEDY RULES! 😀 Read why laughing is a so important to our species: http://t.co/wiidY6JcUA Thanks to @GCweirdscience

With Inside No 9 just about to return, here are Reece Shearsmith and Steve Pemberton talking about it: http://t.co/k446GzRTxr

Laugh Til It Hurts at @bloomstheatre: Tony Law and Paul Foot ON THE SAME FLIPPIN BILL – and it's for a good cause: http://t.co/feHgcQUuec

Don't forget to book your tickets for the next Wow Wow Show for more of this: http://t.co/rkS6jPay7J pic.twitter.com/k1LXhHJgfj

End of Week 2 on #Hunderby. Relaxing with my personal assistant. pic.twitter.com/D8f7CWrbNx

CONGRATULATIONS to Paul King for Paddington's win at the @empiremagazine awards this evening! http://t.co/9MkeTqJ9Fj