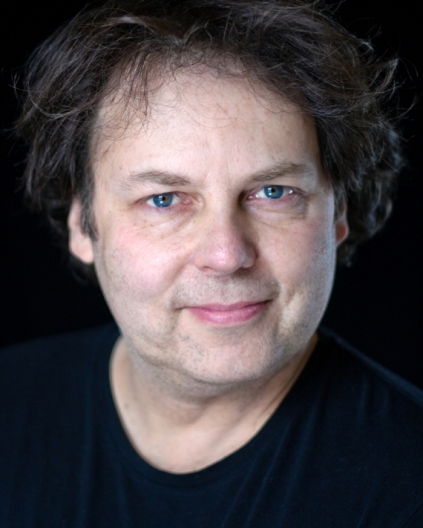 Last week TVO offered you the chance to watch the recording of the pilot episode of That’s Rich – the new sitcom written by and starring Rich Fulcher. For those of you not lucky enough to get tickets, here is our guide to the madness:

Rich owns a junk shop on a run-down high street, with help from his son Alistair who has a business degree, which he is unable to put to any use as Rich won’t have anything to do with new-fangled selling methods like eBay, even though he is running out of money fast.

Other residents of the high street include Rich’s business rival Fantasio, an egomaniacal hairdresser who runs a salon/art gallery; his best friend Dalton who owns a jacket potato shop and is obsessed with potatoes; and Margaret, a community police officer who is determined to find out who owns the car parked outside Rich’s shop, which is covered in parking tickets, and which Rich denies is his. There is also a man in a dressing gown who appears to live in the shop.

With us so far?

The storyline of the pilot episode was original, multi-layered and completely bonkers (this is Rich Fulcher that we’re talking about). The narrative flowed through the show, there was (some) method in the madness, and we were introduced to the characters quickly, so they were believable. The plot involved a cat, puppets, silly string and underwear, not necessarily in that order! There are elements of traditional sitcom in the storyline, but as you can imagine, it has a strong stream of the unhinged flowing through it, which made it much funnier.

The shop set is amazing and the attention to detail was fantastic. We spent ages spotting stuff in the mounds of bric-a-brac all over the set – it looked like a real junk shop. Half of it will probably never be visible on-screen, but it is a work of art.

We understand that the pilot – the first comedy commissioned by Channel 4 from King Bert Productions (the production company set up by Miranda Hart and David Walliams) – is not intended for broadcast, but if it gets made into a series – which it really should be – we will let you know.