If you’re an avid Twitter user, you can’t help but have noticed the buzz mid-week when the poster for Aaaaaaah! was revealed.

Now that the details are out in the open, we can confirm that Steve Oram‘s directorial debut will star a cavalcade of comedic talent and a post-punk icon for good measure.

The names in bold, we’re sure need little introduction from us – with Barratt & Fielding being the spearheads of The Mighty Boosh, and Longworth, Lowe, Meeten, Oram and Shepherd all being Ealing Live veterans and regulars on our pages, alongside a certain Mr Way.

If you’re unfamiliar with the name Sean Reynard, you may perhaps know him as Sean the Prawn: a regular on the live circuit often found appearing in Oram & Meeten’s Club Fantastico shows, as well as the man behind often disturbing yet compelling short films like 321-(2.6.78).

Of the other four names: Holli Dempsey will be familiar to viewers of Derek as Vicky, and she’s also appeared in Breathless, Doctor Who and the forthcoming Dad’s Army movie.  Lucy Honigman, on the other hand, is a young Australian actress best known for her role in Mr & Mrs Murder, and Aaaaaaah! marks her first leading role in the UK. 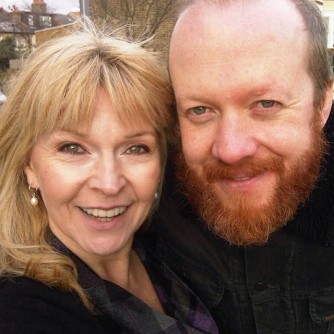 Toyah Willcox, of course, has been crossing over between a successive music career and acclaimed roles on stage and screen for over 35 years now, with roles in Jubilee, Quadrophenia, The Tempest, Barmy Aunt Boomerang and Secret Diary of a Call Girl showcasing her range, and a string of classic albums including Anthem, The Changeling, Prostitute, Velvet Lined Shell and In The Court of the Crimson Queen behind her, she still tours the UK regularly with her live band, and records with her side-project The Humans. Like many of the stars of Aaaaaaah!, TVO is a bit of a fan…

Excitingly, Toyah’s inclusion in the production has paved the way for the music in the film to be a collaboration between King Crimson Projekcts (featuring her husband, Robert Fripp) and David Westlake: formerly of Sneakerpimps and the Boosh live band.

All of this is shaping up to make Aaaaaaah! the TVO-related event of the year, and as Steve Oram has been locked in the edit suite honing his masterpiece for some time now, we’ve yet to see a single frame of footage from the production… so we’re in that rare position of being just as much in the dark as you, dear readers. As soon as Mr Steve opens the door a little bit to get a draft going, we’ll let you know everything we can, so stay peeled!

For a wee bit more info, why not check out our previous posts about the film – here and there?