Katherine Parkinson stars in a new microplay written by Laura Wade. The 7 minute short film – Britain Isn’t Eating – is the first in a series of plays inspired by a new collaboration between Guardian journalists and Royal Court theatre-makers. 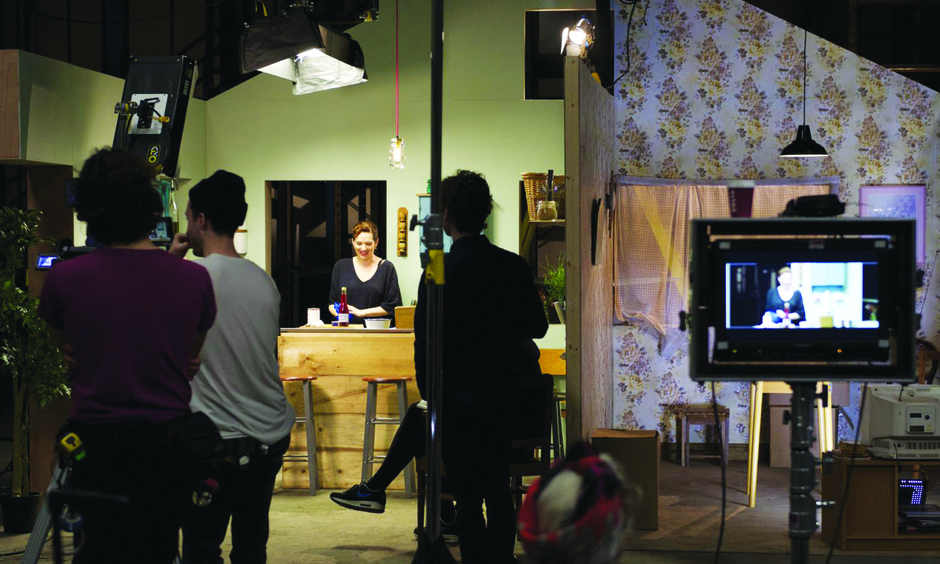 Britain Isn’t Eating centres around a politician, who is determined to show everyone that food banks are just for the lazy, and anyone can make a meal from just a few store cupboard essentials.

There are a couple of TVO connections as the director of the TV show in the play is Kyle Soller, who starred alongside Julian Barratt in Government Inspector at the Young Vic, and Julian starred in NSFW at The Royal Court Theatre.

There will be 6 microplays in total on the subjects of music, fashion, politics and education, all will be available for viewing on the Guardian website.  There will also be a Guardian Live and Royal Court Theatre Big Idea premiere screening of the films, with introductions from the artists and journalists involved on 5th December.

To watch Britain Isn’t Eating and for more information, head over to the Guardian Website.