Greetings and salutations to all who enter The Velvet Onion! For your regular news updates you used to find on our home page, click here. Here’s what’s sooo hot right now in Onion Land.

First up at 8:30pm is the first episode of Trollied – returning for a fourth series on Sky 1.  This year’s ensemble cast has been expanded to include Aisling Bea, as well as Doctor Who star Samuel Anderson.  They join former Being Human and Psychoville star Jason Waktins and fellow newcomers Stephen Tomkinson (Ballykissangel) and Miriam Margolyes (Blackadder, Magnolia etc etc), for the usual madcap hijinx in a Valco supermarket. 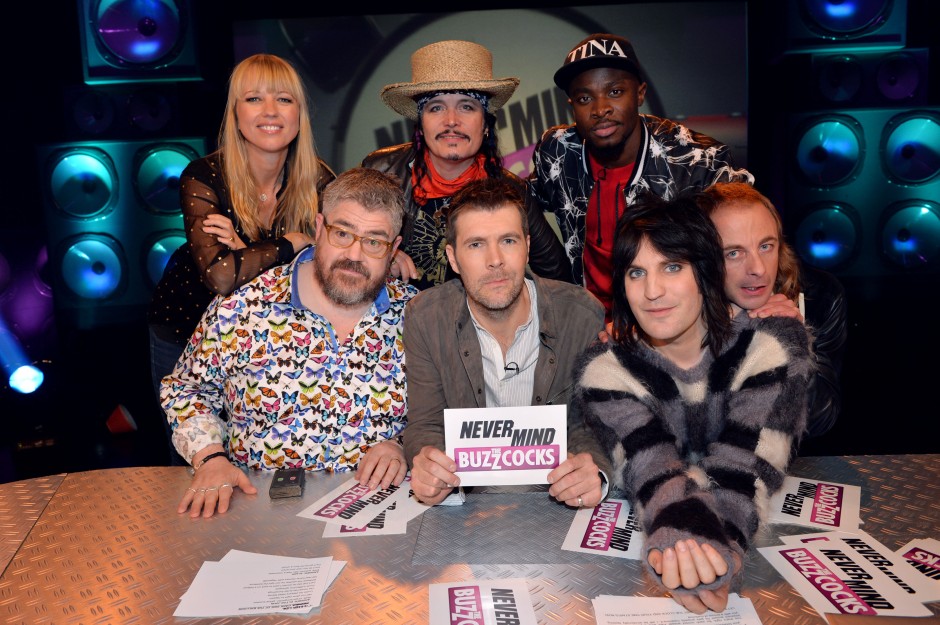 Later on at 10pm, the latest edition of Never Mind The Buzzcocks airs, and Paul Foot returns for another go on Noel‘s team, alongside fellow guests Sara Cox, Fuze ODG and Adam Ant.  Next week’s edition will feature Aisling Bea, so don’t forget that either!

Switch over to Channel 4 after Buzzcocks, to see Toast of London make a long-awaited return for its second series at 10:35pm.  Written by Arthur Matthews (Father Ted, Big Train) and Matt Berry, the show stars Berry as the hopeless actor Steven Toast, alongside Robert Bathurst, Doon Mackichan, Harry Peacock and a guest appearance by Doctor Who legend Louise Jameson.

This is followed by a repeat of the very first episode of The IT Crowd at 11:05pm, featuring Chris O’Dowd, Katherine Parkinson, Richard Ayoade and Chris Morris: an episode which amazingly first aired eight and a half years ago in February 2006! Where did that time go, eh?

If you miss any of these shows, they’ll be available through demand services such as Sky Go, BBC iPlayer, 4od and Now TV throughout the week, so don’t panic if you’re reading this on Thursday and wondering why we’re still stuck on Monday’s excitement…

If you’re feeling blue about missing out on tour tickets for An Audience With Noel Fielding the first time around, a whole batch of new dates were announced last week, with tickets on sale now.  With the tour now extending until the end of February, Noel is officially undertaking his longest ever tour, even if the total dates don’t come close to the last big Boosh tour in 2008.  There’s lots of chances to go and see him, so grab your tickets whilst you can!

The other big news this week was the announcement that Pompidou – the forthcoming silent comedy series from the ever wonderful Matt Lucas – will be coming to Netflix in the US around the same time as its BBC transmission in the UK.  With Tony Way on board, alongside The Thick of It star Alex MacQueen, Pompidou is promising to be one to watch, and we hope to bring you more details nearer transmission.

ALL THIS AND MORE!

As always, there’s so much happening we’ve been reporting through out Twitter feed, so follow us there if you can to get all the latest news as quickly as possible.  Here’s what you may have missed throughout the week.

Mr Bingo will be opening up Hate Mail again on Mon! Be quick though – they get scooped up straight away http://t.co/kSA1a9FDoC

If your life’s lacking the right soundtrack you can stream/buy his latest album, the fab Adventures in Ausland, here: http://t.co/L6eMVowhdi

Count Arthur Strong is being promoted to BBC1 for its next series. It’ll be on TV in early 2015. pic.twitter.com/qZ4n3eNh8p — British Comedy Guide (@UKComedyNews) October 31, 2014

So, lots happening as ever. And the best way to stay informed is simple: Keep on peeling!