Katherine Parkinson features in two TV shows which aired this week, both of which pitch her a long way from IT Crowd‘s Jen. 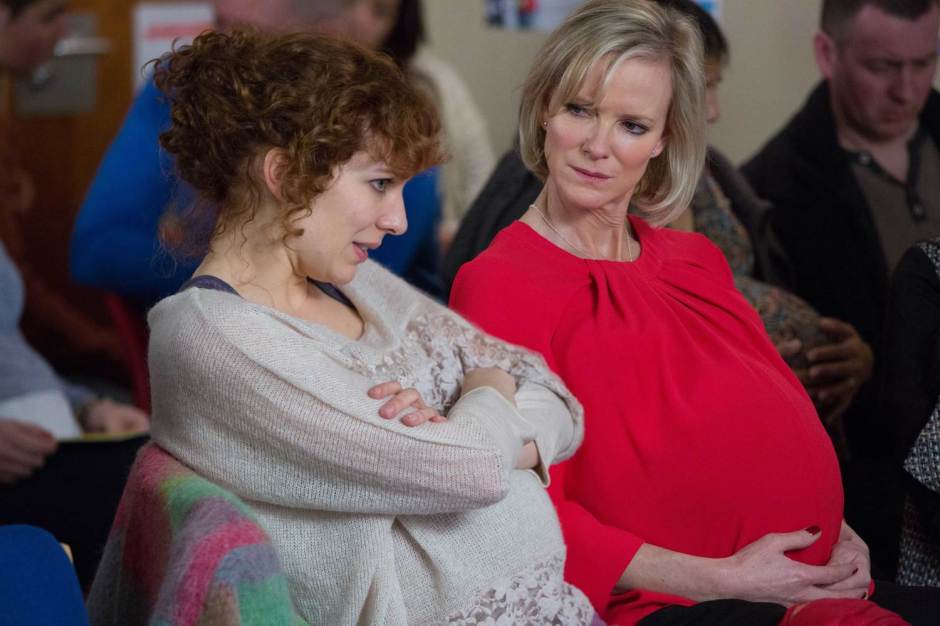 On Tuesday she appeared as part of the main cast in In the Club, a BBC 1 drama that follows the lives of six pregnant women and their partners, who meet at a local parent craft class. Parkinson plays the part of Kim, who is expecting her first baby with partner Susie (Tara Fitzgerald) and sperm donor Neil (Jonathan Kerrigan).

Parkinson, who is pregnant in real life with her second child, said of her role in the series: “I was very surprised to get pregnant and I knew I was doing this job, but I did think there couldn’t be a nicer set to be pregnant on. With my first pregnancy I was in the West End having a nervous breakdown on stage every night, which wasn’t the most comfortable experience. I remember worrying my baby would come out traumatised because I was screaming so much.”

She said that the programme had even helped her prepare for the birth: “Mine was a water birth, and that’s what I’d like to have this time, so it was like a kind of extended birthing workshop for me.”

The first episode of In the Club is available to watch on iPlayer for another month, and the Beeb has helpfully set up a few web pages for the new series, which provides the lowdown on the characters and the remaining episodes. Episode 2 airs next Tuesday at 9pm on BBC1.

Parkinson is also appearing in The Honourable Woman at the moment, a dramatic tale of conspiracy and espionage starring uber-actress, Maggie Gylenhaaal. In this series, Parkinson plays the part of Rachel Stein.

You can watch 6 whole episodes of The Honourable Woman on iPlayer, starting with episode 1 ‘The Empty Chair’. Once again, there are comprehensive web pages for the series where you can learn more about  the show. Thanks, BBC folk!