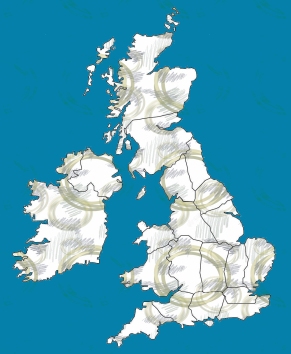 With the Edinburgh Festival looming, the time has come for preview season to hit the land, and a number of TVO regulars – some of which are usually confined to the London area – are out and about and possibly in your area!

First up, Dan Clark will be previewing his Edinburgh show Me, My Selfie And I in Darlington (Sunday 13th July) and Leicester (Tuesday 22nd July).  The continually touring Paul Foot will also be visiting Leicester (Wednesday 23rd July) and is at the Larmer Tree Festival next week (Friday 18th July) – as well as taking his Edinburgh show Paul Foot’s Hovercraft Symphony in Gammon Sharp Major on tour in the Autumn.

There’s a rare chance to see Sarah Kendall‘s Edinburgh show Touchdown as part of the Cambridge Comedy Festival on Sunday 20th July, whilst Aisling Bea (without an Edinburgh show this year, sadly) continues her near constant gig schedule with appearances at Latitude Festival the same weekend, and The Pheonix Fringe in London on August 7th.

Festival booking seems to be the in-thing at the moment – as Colin Hoult is rocking Camp Bestival between July 31st and August 1st in East Lulworth, and cheeky chappy Joey Page is at Milton Keynes Fringe on Sunday 20th July.  Meanwhile, King of Krazy Tony Law lets the good people of Tring enter the Tone-Zone on Sunday 13th July, the folks in Leicester on Wednesday 16th July, and lots of places across the land this Autumn.

This week also sees friend of TVO and frequent Rich Fulcher collaborator, Harry Deansway make a rare excursion to the North West – he’s performing at The King’s Arms in Salford on Thursday night, previewing his new show Harry Deansway is a Bit of a Character Android.  Tickets are available right now.