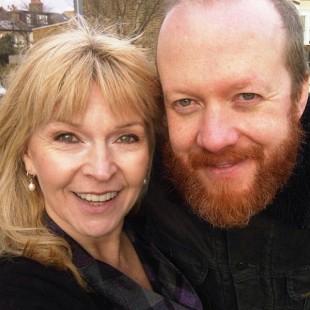 Since it was announced in January, news of the production has been thin on the ground.  Filming was due to start in April, but was delayed for some unknown reason – potentially the top-notch cast and their hectic schedules!

The film, in which Oram, Willcox, Tom Meeten, Julian Barratt, Tony Way, Waen Shepherd, Julian Rhind-Tutt and Hannah Hoeskra will communicate entirely in ape-like grunts, shrieks and moans, promises to be a typically surreal treat from the unique mind of Steve Oram.

In it, Oram and Meeten will play marauding characters who encroach into the hostile territory of the kitchen, with Barratt the former alpha-male who, now deposed, lives in the garden.

Now her website’s official blog has provided more details, including the planned start date for filming.  She writes: “…Steve Oram’s film shoot starts on the 30th June, so fingers crossed all will run smoothly and effortlessly once we get into July for the rest of the shoot.

Steve and I are in regular contact as he sends me test films where he and other cast members have got together and improvised how we are going to deal with the lack of language. He has stripped the language down to the bare minimum of guttural grunts and the way he is shooting the scenes……..all I can say….it makes one hell of a comment about life………I find his idea of there being no language as we know it, very sinister as well as funny. He has struck a great idea here.”

We can’t wait. More news on Aaaaaaaah! as we get it.