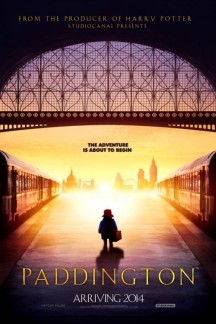 The teaser trailer for Paul King‘s second feature film, Paddington, has been released.

Based on the ever popular books by Michael Bond, the long-gestating film tells the tale of an impeccably polite, marmalade loving bear from Peru who arrives at Paddington station and is taken in by the Brown family.

It features Colin Firth as the voice of the titular fuzzy one, alongside an interstellar who’s-who of British acting talent.

Rufus Jones and James Bachman are set to appear as dastardly geographers, and we wouldn’t put it past King sneaking in a few other recurring collaborators too.

Produced by the man behind the Harry Potter franchise, David Heyman, you can expect this one to go intersellar on release in November.  The first teaser, can, as promised, be seen below.