The archives of Dead Dog In Black Bag are open, and are now available to hear via Soundcloud. 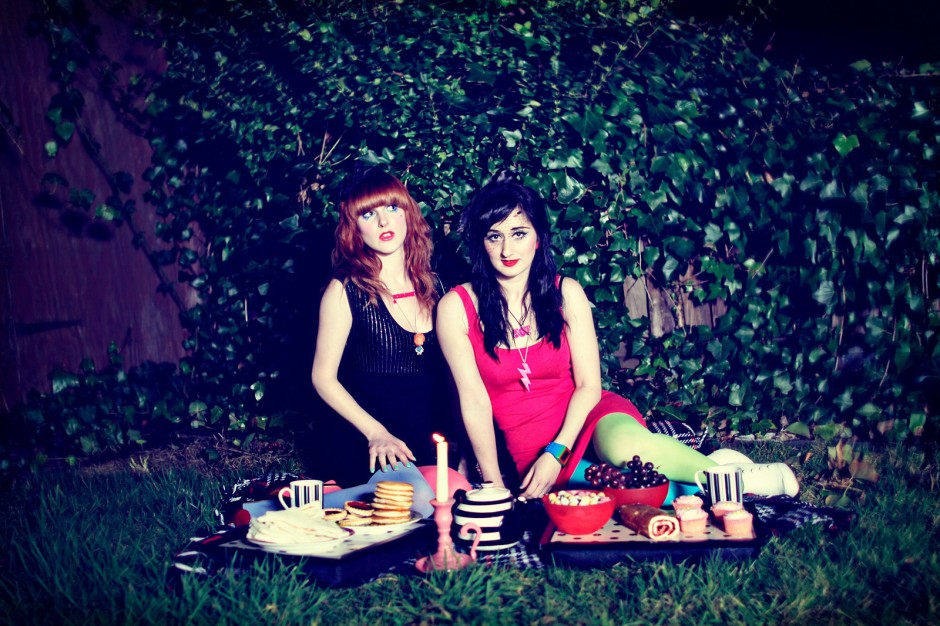 The band began life around 2006, as Holly Jane Shears joined forces with Amy Richardson to form a dynamic duo responsible for pure electropop filth. Together, they both appeared in the third series of The Mighty Boosh the following year, most notably as party-goers invited by Vince to what was meant to be Howard’s party – both suitably unimpressed by the corset clad corduroy catastrophe trying to chat them up!

After releasing their debut EP, featuring a collaboration with Rich Fulcher, Richardson departed the band, to be replaced by the delightful Suzy Evelyn-Hall.  Their single Calimari Queen was an underground favourite, and the band continued to appear live sporadically around the duo’s other commitments, including Holly’s time with folk-rockers Circulus.

In recent years, Dead Dog have been somewhat quiet – appearing only on special occasions, such as The Velvet Onion Live in May 2012, which you can see footage of below.

Now in a moment of retrospection, they’ve gone and released a selection of their previous work on Soundcloud.

This includes the aforementioned Fulcher duet, Uncle Kevin; the ode to internet dating, Digital Princess; and the smutty fun of Love Meat.  Also uploaded are collaborations with Frisky And Mannish and a remix made for Robots In Disguise. You can hear them all over at the DDIBB Soundcloud account now, or below via our handy playlist. Enjoy…