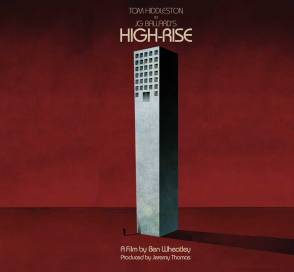 Announced back in August, the film is a long mooted adaptation of the seminal JG Ballard novel of the same name, written by Wheatley’s long-standing collaborator (and partner) Amy Jump.

This week, Wheatley confirmed it is set to star Thor actor Tom Hiddleston, and its producer – in a deviation from Ben’s regular team – will be Jeremy Thomas (Merry Christmas Mr Lawrence, Sexy Beast).

Little else is known right now, but in a recent Doctor Who flavoured interview with io9, Wheatley gave a tantalising hint of the project’s flavour, saying: “It’s set in 1975… it’s going to look like the 70s. It’s going to be very styled in that way. We’re looking at the Ridley Scott adverts of that period. It’s going to be modern in a way that the 70s looked. In a way that, “I don’t know what the future looks like anymore,” which is quite funny.

“We’re already in Buck Rogers land now. Aren’t we? We’ve all got phones, it’s not that exciting. But back then they had a real idea of what the future was going to be like, and it was much more stylish.”

Filming begins in the Summer, and we’ll bring you more news as we get it.