It’s that time of the year again. The big fat bloke has been, and given you all lots of lovely jubbly presents, with hopefully a few TVO related goodies amongst them!

As our friends, naturally, we had to provide you with a gift or some variety, and given the runaway success of last year’s festive EP, we’ve managed to bring together another collection of great tracks from our musical members absolutely free for a limited time only.

In Holoserica Cepa 2013 features six tracks to download completely free between now and January 8th, including some rather special exclusives, which you can also hear below.

As always, TVO would like to thank everyone involved with the making of these tracks, and the compiling of this collection.  You all know who you are, and to you, and everyone out there reading this – a most merry of holiday seasons to you all. We love ya.

EDIT: THIS EP IS NO LONGER AVAILABLE. BET YOU WISH YOU’D TAKEN ADVANTAGE OF IT WHEN YOU COULD!…

However, we have a preview for posterity. Enjoy…

Comedy legend Paul Kaye has provided us with the world exclusive download of Yogiebogiebox, the first effort from ZaNg: his musical project with Adie Hardy, featuring actor Marc Warren on harmonica.  It’s a hard-hitting slice of alt-rock madness, and we’ve been grooving to the demo all year, so it’s great to finally be able to share a finished version with you all.

You may know him from his time fronting electropop wonders Nemo, or from his numerous appearances in The Mighty Boosh, but in recent years, James Cook has branched out into an increasingly healthy solo career.  Ahead of his second studio album proper, he’ll be releasing a selection of covers across two EP releases early next year, and this gorgeous reworking of an XTC classic is amongst them. 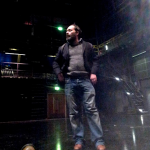 Former Hyperdrive star Stephen Evans is no stranger to the live circuit, having performed as part of Dutch Elm Conservatoire (alongside Rufus Jones & Dan Skinner), and more recently alongside regular collaborator Colin Hoult.  As he prepares a solo live show of his own, he’s very kindly offered us this rough mix of a track he’s written for inclusion in the show.  Recorded with the aid of musician Rob Halcrow, the singalong chorus features “quite a few anonymous comedy performers singing their hearts out” towards the end.

Prince Lives In My Garden – DEAD DOG IN BLACK BAG

We love Dead Dog. And Dead Dog really love Prince.  Things have been awfully quiet on the Black Bag front of late, as the electropop filthsters take a well earned break whilst Suzy Evelyn-Hall celebrates motherhood for the first time, but her partner in crime Holly Jane Shears (of Circulus fame) has very kindly sent us this recording of a live fan favourite.

Baloo My Boy [Excerpt from ‘A Field In England’] – RICHARD GLOVER

Anyone who has seen Ben Wheatley‘s glorious A Field In England will have fallen in love with Richard Glover‘s kind-hearted simpleton peasant, known only as Friend.  This track from the soundtrack in which Friend sings a jaunty ditty receives its digital première here, having previously only been available on a limited edition vinyl release earlier this year, thanks to the good folk at Rook Films. 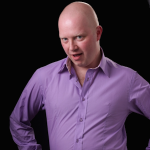 Another comedy veteran offering us a world exclusive is Waen Shepherd, who has sent us a track by his Beach Boys inspired alter-ego Colin Watson, entitled Little Old Nick.  This festive ditty offers a rather twisted view on the traditional festive number, and we’re sure will become a staple of alternative Xmas playlists for years to come.