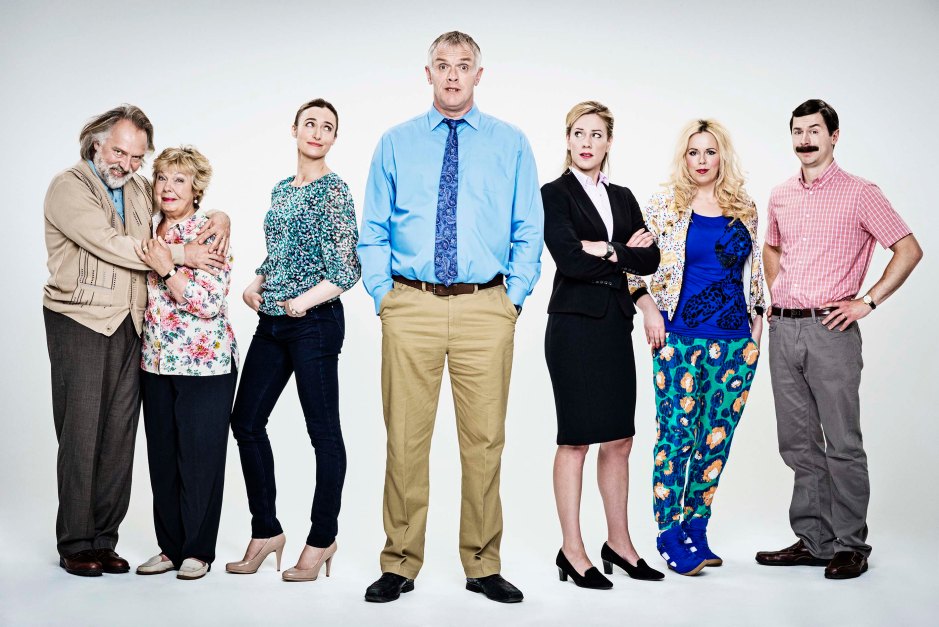 The show features Davies as a childish schoolteacher – the kind that wants to make a fart-powered hovercraft, no less – whose life goes from bad to worse when he loses his girlfriend and is attacked by a man in a bear suit, who turns out to be his dsyfunctional dad, played by Mayall.

As much as we love Davies & Mayall, TVO readers should know, of course, that our tie-ins to this show are really behind the camera.  Man Down is directed by Matt Lipsey (This Is Jinsy, Human Remains, Saxondale) and produced by Boosh legend Spencer Millman.

Such prestigious beginnings bode well for the series, which began life as a pilot, got given a full series commission, and then a Christmas special before a single episode has aired!

You can see a series of preview clips, and special interview clips featuring Greg below.  The show itself airs at 9:30pm tonight on Channel 4, and will be available on 4oD shortly after transmission, and if you like what you see, the dvd is already available to pre-order from The Velvet Onion Amazon Store.