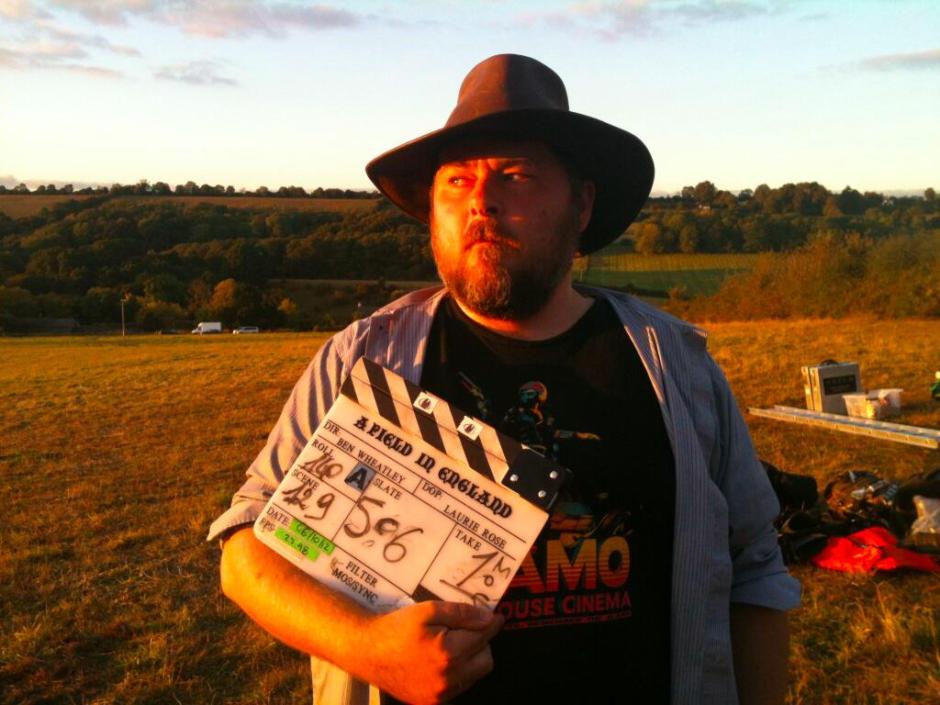 The video was shot in  Almeria in Spain, on the old sets used in Sergio Leone’s ‘Once Upon a Time in the West’, and stars Simon Smith who appeared in Wheatley’s Down Terrace. The crew  also included regular Wheatley collaborators, with Nick Gilespie shooting and Claire Jones producing.

In a recent interview with Creative Review magazine, Wheatley said of the project: “A lot of directors come up through making pop promos: I didn’t. My route in was through advertising, internet and television. The pop promo is something I’ve always been interested in. Music plays a big part in my film work and I’ve always admired the work of Michel Gondry, Chris Cunningham,  David Wilson and Dougal Wilson to name but a few. I was very flattered to be asked.”

With epic vistas and sinister, dreamlike sequences, you might detect echoes of A Field In England in there too:

While we’re on the subject of music and A Field In England, you can now treat yourself to a FREE download of a track from the movie’s soundtrack, courtesy of Drafthouse Films! All you have to do is click here.  Easy peasy.