We’ve tweeted about it previously, but reckoned that the set of masterclass videos for A Field in England are worthy of a post in their own right. 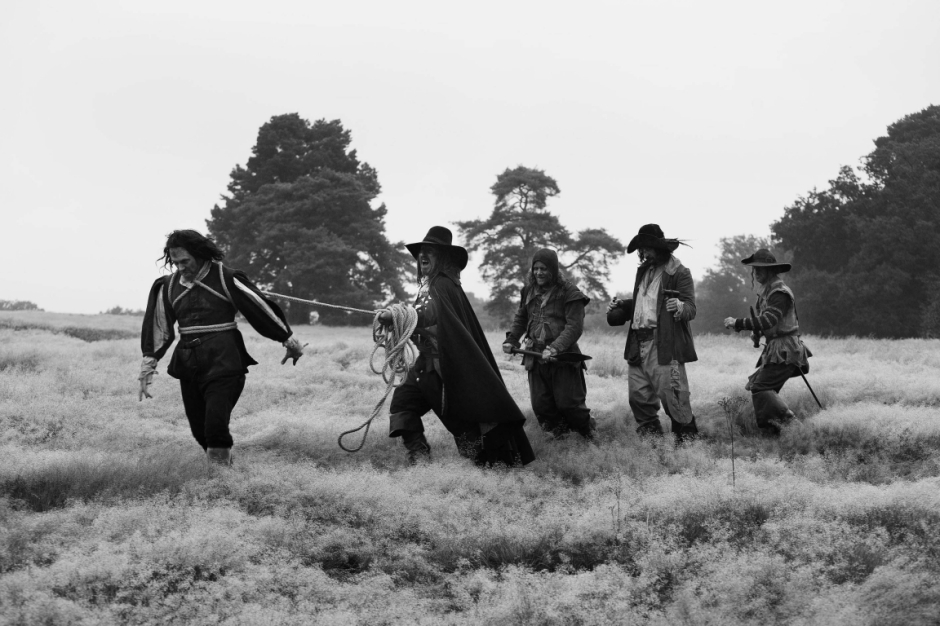 In keeping with the film’s unique multi-channel release exactly one week ago today, many of the ‘extras’ that one would typically associate with the on sale DVD have been shared, for free, via the movie’s website. Below, you can see a 20 minute ‘making of’ which includes interviews with the cast (inc. Julian Barratt and Richard Glover) and key members of the production crew. If you’ve already experienced the monochromatic tapestry of A Field In England, simply seeing  the locations and characters in colour is enough to blow your mind!

There are also dedicated in-depth sections of the Masterclass for each of the key parts of the filmmaking prices: Development, Pre-production, Shooting and Post-production. Just click on the words in the previous sentence to access each section, or click here to see everything in the Masterclass. It makes for fascinating viewing for fans of Ben Wheatley’s work in general – and this film in particular – but is also a must for anyone with an interest in the film production process.

If you can cope with any more excitement after that little lot, please allow us to amaze you further with the fact that the Masterclass content was directed by Gareth Tunley, a man with many other TVO strings to his bow. Impressive stuff, eh?