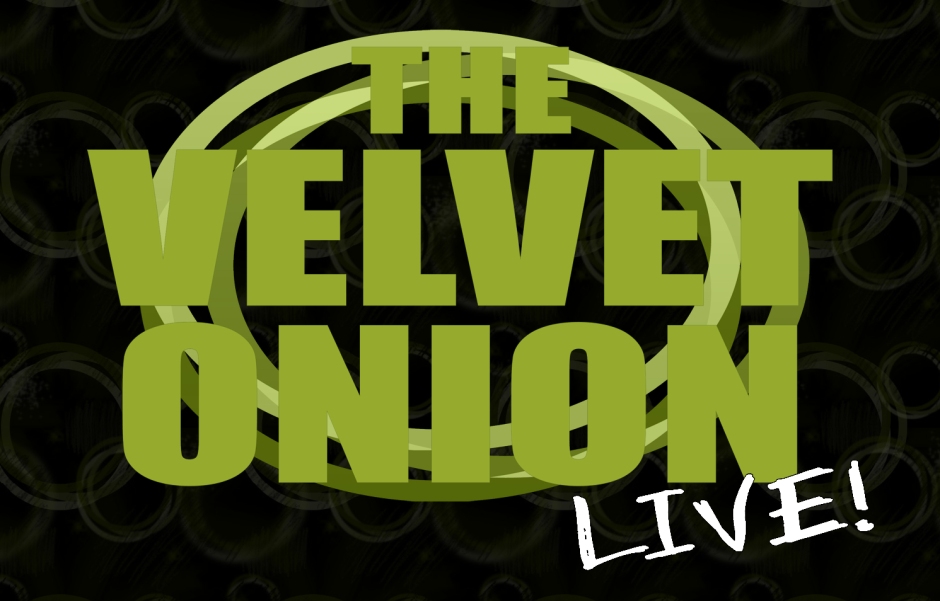 Today marks the one year anniversary of The Velvet Onion Live!

In character, Matt Berry once memorably said: “Time is a menstruous woman. One cannot control her eddying currents.”  Rarely has a truer remark been uttered in jest.  It’s hard to believe a whole twelve months have passed since our inaugural live event at The Vandella, Shepherd’s Bush, made in collaboration with James Wren and Bob Pipe.  And yet, there it is – a big fat first anniversary.

To celebrate this occasion, as we slowly but surely gear ourselves up to arrange further live events before the second anniversary is upon us and we increasingly look like one-hit-wonders, we will be bringing you weekly installments of footage from the jam-packed event.  It’s fairly lo-fi due to a few technical hiccups on the night, but we recorded the whole event for posterity and now, at last, we can share it with you all.

For those not in the know, the event gathered together a number of our regular names for a night of fun and games.  We had live comedy sets from duos Steven Oram and Tom Meeten, Richard Glover and Stephen Evans, Dolly Wells and Laura Patch, Gareth Tunley and Alex Kirk.  We had solo sets from Dan Tetsell, Richard Sandling and Rachel Stubbings, whilst David McNeill nabbed Evans & Glover back for a spot of twisty-nonsense.

And that wasn’t all. Alice Lowe and Antony Elvin gave us a set from Hot Brew, whilst Elvin also regaled us with jaunty ditties alongside Will Summers.  There was a rare chance to see DeadDogInBlackBag perform, and we heralded the return of Waen Shepherd as Gary Le Strange.  The night was rounded off with a sumptuous set from James Cook, and we had Mike Fielding DJ-ing whenever performers took a well earned rest.

The night began, proper, however, with an important health and safety announcement from our honorary member, Bollo:

We’ll be bringing you more footage, all being well, on a weekly basis, so come back next Friday for your next installment!