Next month sees the launch of Kill The Wolf – the long awaited new album from Matt Berry.

Ahead of it’s release, Matt will be touring with his band The Maypoles, with dates in Bristol, Reading, Liverpool, Manchester, Leeds and London between the 12th-18th May. 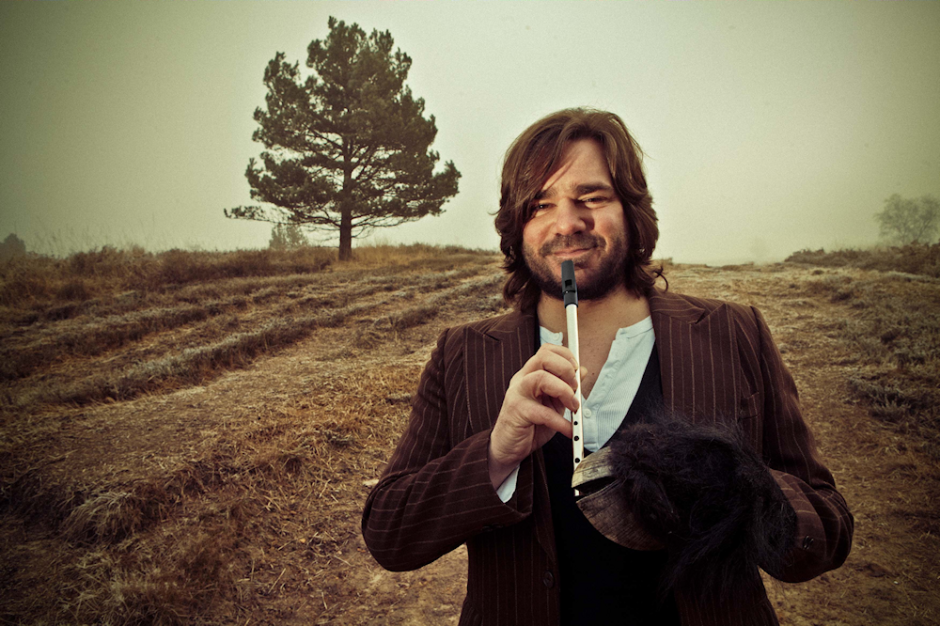 We took all this activity as a perfect excuse to throw some questions in Matt’s direction, and being the gent that he is, Mr Berry agreed to shoot the breeze with us late last month.  The results are below.

The voice is ubiquitous, and forever in demand. The likes of Absolute Radio, Volvic mineral water, The National Confectionary Company and Cathedral City cheese have all relied on that fruity, booming delivery which Matt Berry specialises in. Whilst his vocal chords have become almost as synonymous with eccentricity as that of Brian Blessed, Berry has always preferred to use them to self-harmonise on a series of musical projects which have sat side by side with his seminal comedic work.

In reality, Matt is calmer than many expect, with a slight London twang permeating his Bedfordshire accent having lived in the capital for more than a decade. It’s been some time since TVO managed to catch up with the ever busy every-man, who is currently deep in pre-production on his forthcoming sitcom for Channel 4, Toast Of London. The list of his achievements since we last spoke could keep us on the phone for hours. Right now, however, the conversation is focused on his latest studio album: the cryptically titled Kill The Wolf, which will be preceeded by a string of live dates in mid-May.

“It’s a metaphor for the good and bad that we have within us,” he explains of the title and the record‘s central concept, “and our ability to keep one on top, so the evil doesn’t win. We have this evil image of a wolf, because whenever a kid went missing in an old English village, they’d always blame a wolf, so killing the wolf is basically stamping out the bad side. That could be not taking drugs, or just having more time for certain things.”

Musically, Matt has always maintained an air of mystery. His works feel as if they have tumbled out of a wormhole which leads directly to a surrealist vision of the 1970s. His last effort, Witchazel, was a folk-infused record inspired by Kate Bush, Watership Down and the terrors of the countryside, whilst Opium felt as if music hall and degenerate aristocracy gate-crashed a prog-rock opus. Berry is reluctant to cite any particular influences for his latest work, however, suggesting only that the result is traditionally British.

“It’s a vibe that I’ve got in my head,” he suggests, “rather than something I want to particularly emulate. Hopefully, with each new album, I can replicate that vibe better.”

Indeed, much of the album relies entirely on Matt multi-tasking as producer, engineer, songwriter and performer. Whilst his live band, The Maypoles, guest, alongside Eric Johnson from American alt-rock band The Shins and Alex Robertshaw form Manchester based group Everything Everything, the record is, on the whole, very much a solo project. “I had no choice but to do it this way,” Matt rationalises. “If I want to get up at four in the morning to record rhythm guitar, no-one will be in the control room to activate everything. You have to be an engineer, because there’s no-one else to do it!”

If all of this sounds like the work of a serious musician, then Berry is keen to downplay such an image. “If you say you’re a serious musician, it makes you sound like you have no sense of humour. I guess when my name is written down, the first thing people thing of is my comedy work, which is unavoidable.  Though I have to admit,” he adds dryly,  “I’m really bad at talking about comedy. I never have any idea what to say about it!”

This may sound surprising, that Matt’s resume includes some of the more sizable hit shows of the last decade. Beginning his comedy career in the dual role of suave, action-man Dr Lucian Sanchez, and the drunken actor Todd Rivers who played him, in cult classic Garth Marenghi’s Darkplace back in 2004, Matt has since become a regular on our screens. He was Dixon Bainbridge in the first series of The Mighty Boosh, guested on both The Peter Serafinowicz Show and It’s Kevin, and most famously became hapless boss Douglas Reynholm in Graham Linehan’s enormously popular sitcom The IT Crowd.

In 2006, he created Snuff Box with Boosh regular Rich Fulcher – a show so filled with profanity and dark imagery that BBC Three struggled to create a suitable trailer. Whilst the six episodes sank without a trace on broadcast, they’ve developed an enormous cult following, with the likes of Paul Rudd, Simon Pegg and “Weird” Al Yankovic on record as enormous fans. Film director Duncan Jones, whose father David Bowie was spoofed within the show, gave Berry a cameo in his film Moon because of Snuffbox, whilst its theme tune was featured heavily in last year’s blockbuster Dredd3D.

“A lot of Snuffbox looked like how I imagined,” Matt told me when we last spoke for an interview to promote The IT Crowd in 2010. “But I was surprised it was shown at all. Right up until it aired, I thought they’d can it.” Such thoughts still pray heavily on his mind today. “It’s only now I’m making Toast Of London,” he explains, “that I’m able to create something that is making it to the screen without lots of interference. This show will be exactly what I had in my head, which doesn’t happen often.” 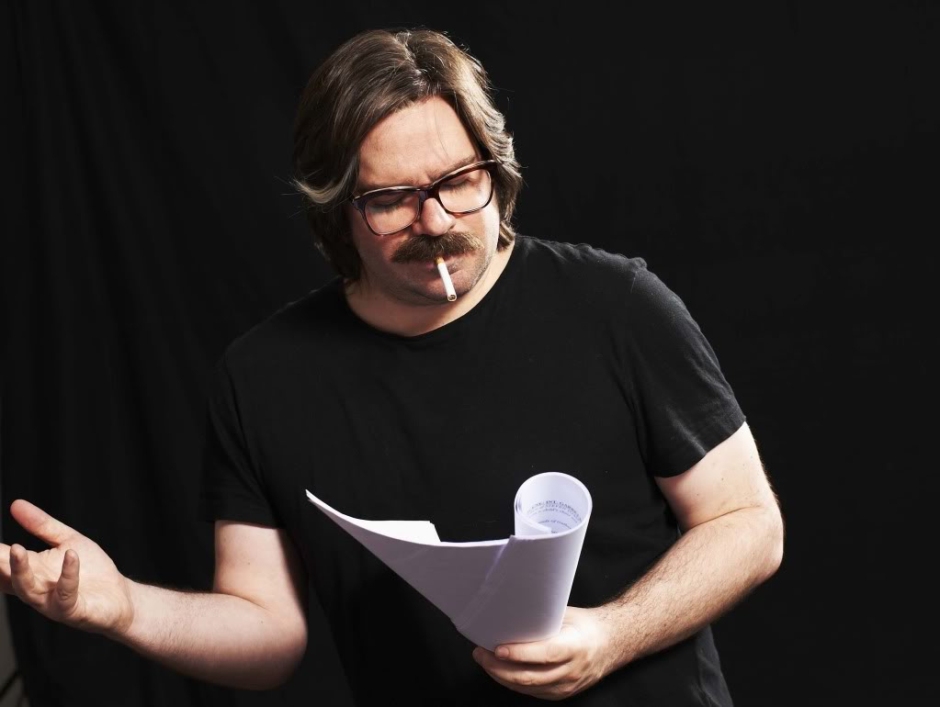 Co-written with Arthur Matthews, Toast… aired a pilot episode last summer on Channel 4, and is very much its own beast. In it, Berry portrays a hapless, overly theatrical actor, with typically silly results. Unlike the majority of his contemporaries, he’s found a brand new cast of collaborators to work with, not choosing to work with the frequent collaborators he began his career with, which perhaps allows the project a chance to stand up.

It is interesting to note that whilst many on TVO’s roster see themselves as part of a collective of creatives who will always want to work together, with some even going on to define themselves as a family, Matt doesn’t see the umbrella group we feature on our pages in the same light.

“That kind of thing isn’t important, I don’t think,” he opines. “What’s important is the work that you make. I don’t think anyone is going to remember who knew who, as opposed to who did decent work. That’s where the effort should go. The gang thing is journalistic. It’s logical to find a bunch of artists who are doing similar things and put them together, but for me, personally, it’s more important to put enough time into your work, and if you work with the same people all the time, cliques can form, which is never good for art.” 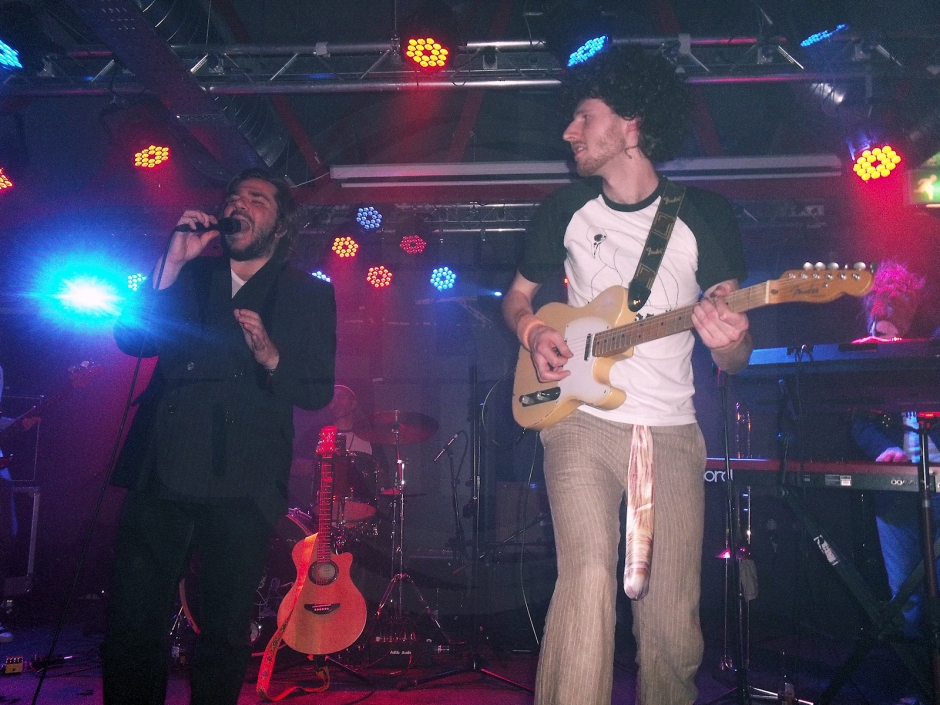 Whilst this may appear slightly disheartening to diehard Boosh/Darkplace fans, it certainly doesn’t feel as if it’s intentional. Right now, Berry is focused on his music as his main artistic drive, and it is perhaps here, where, at present, his connections feel stronger. He cites his live guitarist, Andy Vickery, as a particularly noteworthy collaborator, having worked together since Vickery’s now defunct band Jonas 3 supported Berry on his first live tour.

“It was really obvious how much he shone from Day One,” Matt explains, clearly filled with pride for his friend. “He knew what he was doing, and I didn’t really notice the other two in the band so much because I was so impressed by how he could do just about anything when he was only about 19 at the time. He was, and still is, much better than a lot of well worn session guitarists. I was really lucky to find him.”

Following the tour, Kill The Wolf and Toast Of London, Matt remains tight lipped about his future plans. He will be filming a regular role in the latest project from Vic Reeves & Bob Mortimer, set to air on BBC2 later in the year, and he cannot confirm or deny if he will be involved in the forthcoming IT Crowd special designed to wrap up the series. He also plans to put out another, completely finished musical project later this year entitled Music For Insomniacs. Beyond that, he is maintaining that air of mystery.

“I don’t think it’s worth putting stuff out for the sake of it,” he states. “It’s got to be stuff you’ve refined, which is true of any art. It doesn’t matter if you’re making pots or painting pictures, there’s no point flooding people with half arsed product.”

One thing is certain: Berry’s tour will concentrate on his skill as a musician, not as a comic. “If you try to tell people you’re a serious musician,” he states, “and you only want to talk about music, then you look like a dick. But I don’t care, to be honest. I’d be making this stuff even if no-one listened to it. If people turn up to the gigs expecting comedy, that’s a shame, but I don’t think people necessarily assume that’s what they’ll see as much as they used to. I used to be tempted to give people more of what they expected, but now I just do what I would want to see myself. The people who matter know the difference.”

Matt Berry tours the UK 12th-18th May, and Kill The Wolf is released in June.

Our thanks to Matt for talking to us, and to Lewis Jameson, Ben Poliszczuk and Ben Meadows for their help with this article.

1 Comment on Onion Talking: Matt Berry – The Devil Inside Me