Before he was scaring the bejeesus out of us with Kill List and making us giggle like loons at Sightseers, director Ben Wheatley produced a British gangster film called Down Terrace. And now we’re getting another chance to see it! 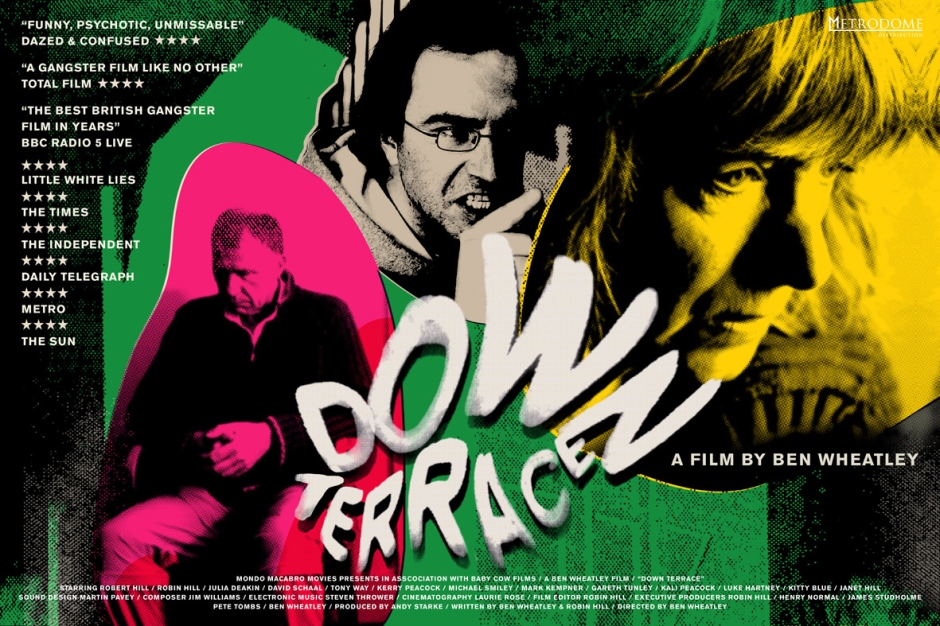 Down Terrace was originally released in 2009 to critical acclaim, winning the Raindance Award at the British Independent Film Awards 2009 and the Next Wave Awards for Best Feature and Best Screenplay at the Fantastic Fest 2009. It also picked up the award for Most Promising Newcomer at the Evening Standard British Film Awards 2010 for its director. What’s more, the film features TVO-related actors Tony Way and Gareth Tunley, alongside Spaced star Julia Deakin, and had Baby Cow’s Henry Normal as an Executive Producer. Now that’s calibre!

Hot on the heels of the success of his most recent releases, the movie will be enjoying some further screenings, along with Q&As with Ben. You can catch Down Terrace on:

Just click on the links above for more information and to purchase tickets for each screening. Enjoy!