NSFW, the play featuring Julian Barratt, which has now started its run at the Royal Court Jerwood Theatre has been garnering positive reviews for the play and its star. 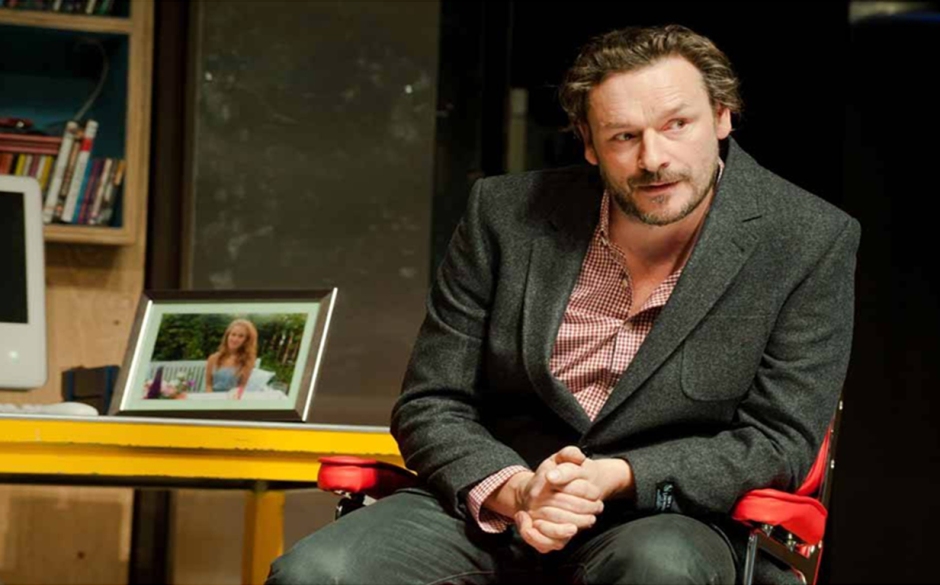 The Guardian described the play as, “Bright, sharp, funny,” and Julian as, ” Horrifically plausible as the creepy Aidan, who pretends to a kind of working democracy while delighting in his power.”

The Independent gives the play 4 out of 5 stars and describes Julian as “Excellent”, a sentiment echoed by What’s On Stage, which says, “Barratt once again proves that you sometimes don’t have to be an actor (huh?) to get away with acting well; he’s wonderfully relaxed on the stage.”

LondonTheatre.co.uk also give a 4 star review, and A Younger Theatre says of Julian’s performance, “Julian Barratt’s Aidan stands out – Barratt gives a finely judged performance: lean, charismatic and care-worn. I was surprised by how much I came away liking Aidan. On paper, he could be lecherous, immoral, and misogynistic but Barratt brings a wonderful ambivalence to the role and makes Aidan very human.”

So a resounding thumbs up for Julian’s second outing in a straight stage acting role. In fact, the only negativity comes from the Daily Mail, which gives the play 2 stars and eloquently rates it as “Not LOL.” It would be churlish of us to suggest that a poor review in the Daily Mail means it’s probably very good…

To read the reviews in full, simply click on the newspaper/website name above. And to buy tickets visit the theatre’s website ; but you’ll need to get your skates on because many performaces have already sold out.

2 Comments on Critics Are All Over The Moon