The Edinburgh Festival is now well under way, with a number of TVO regulars appearing amongst the hundreds of shows vying for your attention.

With the likes of Rachel Stubbings, Dave McNeill, Sarah Kendall, Paul Foot, Phil Whelans and Waen Shepherd all jumping around stages in the name of funny ha-ha, we urge any of you making a trek to the ‘Burgh to go and see these six wonderful people doing hilarious things for money.

But they are, of course, only a small part of the bigger picture.  Here at Onion Towers, our remit is very clear cut – we’re here to bring you the news from the wider world of Booshdom.  Our pages are brimming over with news about alumni of Ealing Live, veterans of the Boosh & Darkplace, and the frequent collaborators of these talents who make up the first and second waves of what has been dubbed New Wave Comedy.

But that doesn’t mean we get to cover everyone we like.  There are lots of comics who make us all fall about in hysterics, and a lot of them could very easily find themselves on our pages more frequently if only they started working with our crowd a little more often.  We love them, and Edinburgh gives us a rare chance to shout about them too… so we hope you’ll excuse us this little indulgence, if it helps you pick out a handful of extra shows to watch during the festival.

To see our top ten highlights, click “Continue reading”, to, you know…

Tony Law’s star is finally on the ascendent, and it’s been a long time coming.  The surrealistic stand-up – and Ealing Live veteran – is in a league of his own, with a fine line in nonsensical, whimsical musings.  First coming to our attention a decade ago on comedy panel show Does Doug Know?, the Canadian has built a cult following which recent appearances on Good News and …Buzzcocks only cement – it’s live on stage that Tony truly comes into his element.  Like Noel Fielding crossed with Emo Phillips, and some magical deconstructionist spark that’s pure Tony Law, Maximum Nonsense is a comic at the peak of his powers.

In fact, we’re calling it. We love Tony, and he should be part of our ‘family’, just like in the early days. Welcome aboard, fella.

RHYS DARBY: THIS WAY TO SPACESHIP

To millions, Rhys Darby will always be better known as Murray Hewitt from Kiwi-centric HBO smash Flight Of The Conchords, yet in his own right, Darby is a law unto himself – a madcap, hyperactive comic with a unique world view and a fine sideline in accurate sound effects.  His latest show has been wowing crowds up and down the country on his recent tour, and its premise carries an all important message for the good people of Edinburgh.  You see, this time around, the Boat That Rocked star tackles the issue of our impending Armageddon, by working out a plan to get on board the spaceship which will carry our superpowers to safety.  Genius.

The increasingly creative and daringly crude quintet are back with another stonking great show, positively bristling with all the Gimp hallmarks that have made them TVO’s favourite act we REALLY wish we could tell you all about more often.  Paul Biggin, Richard Campbell, Lee Griffiths, David Moon and Matt Ralph are comedic superstars in the making, and as far as we’re concerned, you can’t possibly go to Edinburgh and tell everyone you saw the best of the fest, unless you go and see this show.  Simply magnificent.

SUSAN CALMAN: THIS LADY’S NOT FOR TURNING EITHER

You may know the face, but might not be able to place the name.  For now, at least.  The award-winning Susan Calman is a regular on News Quiz and has appeared on shows as wide ranging as Have I Got News To You to Rab C Nesbitt. Promising a personal and political show shot from the hip, This Lady’s Not For Turning Either is a far cry from the broad-stroked yet oddly lovable characature of Fatty which she recently played in TVO related smash Dead Boss.  As the blurb states, Susan Calman knows her own mind, and wants to share it with you… and quite frankly, it’d be impolite not to let her.

A sequel to long running smash hit Moths Ate My Doctor Who Scarf, this new iteration of stand-up memoir from the self confessed Who nut [Hadoke is a regular contributor to the show’s dvd releases and it’s official magazine], has been getting rave reviews from it’s preview appearances, much like it’s predecessor.  Picking up where the previous show left off, this show should resonate with anyone, regardless of their feeling’s for the legendary sci-fi show – tackling Toby losing a partner, gaining a stepson, battling a serious skin condition and paying homage to the restorative powers of the Time Lord in between.  Soon to be a classic, we’re sure.

THE MAGICAL ADVENTURES OF PETE HEAT

Pete Hathway, who we have christened the Indie Dynamo, is popping his Edinburgh cherry with his first solo show at this years fringe.  As a magician who brings an air of Tommy Cooper wit and tricks that will make each of your jaws drop, he is definitely someone to check out this year.  Promising no bow-ties, no cheesy jokes, no rabbits, no wands. If you are looking for a modern, entertaining and amazing magician you are in the right place – and the good people of Booshdom agree.  Pete was a regular performer at Fulchfest and is also an old friend of Joey Page’s.  After TVO were lucky enough to see a warm up show earlier this year, we can highly recommend you go and see it to believe it.

Known to most people as long-running Never Mind The Buzzcocks captain yet well known on the circuit for his skills in improvisation, Phill Jupitus brings his new and ever-so impressive show to Edinburgh, following his return to stand-up last summer. You’re Probably Wondering Why I’ve Asked You Here is Phill’s fully improvised show where you the audience, decide what Jupitus talks about.   Phill will also be returning to his former alter ego, Porky The Poet, as part of the Free Fringe this year, so if you’d like to see him untapped and waxing lyrical, get there early to secure a seat!

Stop The Pigeon follows on from last year’s fantastic show Gambler, as we join Tim, an 18th Century Scottish aristocrat, cannon balls and a stop start pigeon in the toughest wager in history. Come and hear the results live and laugh at this extraordinary tale. A Fringe regular who always comes up with an extraordinary show, often putting his life in danger for his quests, Tim is also set to appear in Flanders and Swann – a music and comedy homage to legendary 50s act Michael Flanders and Donald Swann. If you haven’t sung Mud, Glorious Mud with a room full of strangers on a wet Edinburgh afternoon, then what are you waiting for?

ABANDOMAN: PARTY IN THE KEY OF C MAJOR 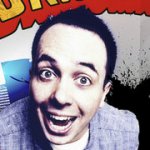 Wowing crowds across the country for the last few years, improv rappers Abandoman have often shared the limelight with TVO regulars – including a slot at Fulchfest and appearing on Dick & Dom’s Funny Business alongside Burge & Way and Oram & Meeten.  After touring with big name pop star Ed Sheeran, they are now looking to score their own chart topper, and audience participation is essential.   No matter what gets thrown at Abandoman, they make it stick, and above all else, they make it rhyme.  Ingenious. 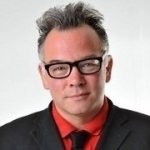 Ok, so this one is a bit of a cheat – as it’s not one but two shows from a former duo who are still wowing crowds twenty years after their first radio show, Lionel Nimrod’s Inexplicable World.  Whilst the pair stopped working together regularly after the cult classic This Morning With Richard Not Judy ended in 1999, their indelible mark on the world of comedy was assured even before they both went solo.  Since then, Stewart Lee has won awards for his Comedy Vehicle and courted controversy with Jerry Springer: The Musical and some choice comments on the presenting team of Top Gear.

Richard Herring has also won awards for his podcast series As It Occurs To Me, and has proved no less cheeky on the controversy stakes with his summarisation that he was better than Jesus because he lived longer in the classic show Christ On A Bike.  With a string of live tours under their belts, and the occasional collaboration when the moment occurs, Lee & Herring are as culturally relevant as ever.

In Lee’s latest show, he asks one of life’s most challenging questions: What can a sexless middle aged married man, whose life now consists mainly of watching Scooby Doo cartoons with a four year old boy, possibly find to write comedy about?  Meanwhile, Herring, now on his 25th successive Fringe, revisits and refreshes an old favourite, with an hour dedicated to an object of shame and pride, which inspires laughter and fear, creates life, can condemn us to death… and can do wees too.  The reigning Kings of The Fringe, perhaps even of British Comedy – you’d be mad to miss either of them.