You wait ages for one comedy show then, like buses, three come along at once! Tonight is one such evening, as Onion layers take over the airwaves! 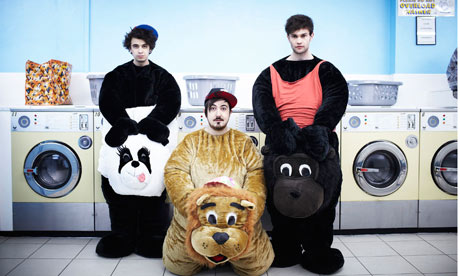 First up at 10pm on E4 is episode two of The Midnight Beast, directed by Ben Gregor and featuring our favourite funny man called Simon Farnaby in the shape of, er… Simon Farnaby!

In tonights edition The Midnight Beast turn to the murky world of visual artists to craft a new music video, with suitably anarchic results. We are not 100% sure Simon features this week but its worth a watch regardless. 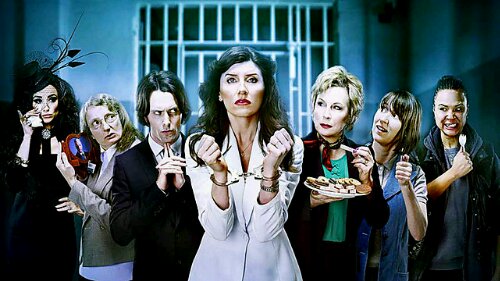 Following this, hop over to BBC Three for the series finale of Dead Boss, featuring its cowriter Sharon Horgan alongside Bunny and the Bull star Edward Hogg, at 10:30pm.

In tonights episode, Helen (Horgan) is being transferred to another wing whilst prison governer Margaret (Jennifer Saunders) faces a transfer to another prison altogether. Meanwhile, lovelorn Henry (Hogg) makes a gruesome discovery…

With a special guest appearance by one Miranda Richardson, no less, alongside impressionist John Sessions, it looks like Dead Boss will be going out with a bang!

After the show, its time to turn off the tv, and maybe the lights too, as you flick your dials to Radio Four (you may wish to do this before turning the lights off) – because at 11:00pm, the first episode of Alice’s Wunderland arrives. 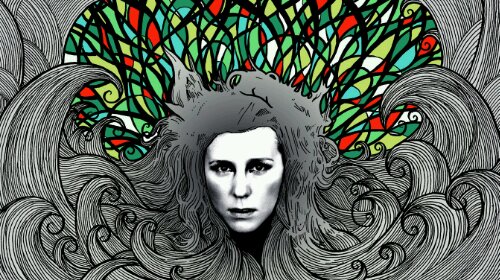 Described by its epicentre Alice Lowe as “the Poundland of magical realms” – Wunderland is a strange and silly place we first visited last year in a one off pilot. Now we can finally return, and alongside Alice are a host of TVO names.

The likes of Richard Glover, Waen Shepherd, Rachel Stubbings and Clare Thomson are part of its ensemble cast, and we can’t wait to hear the results.

This being the 21st century all three shows will be available on catch up not long after broadcast. Pop back here tomorrow for the links, or sit back tonight and embrace the whole bally lot of them…. We will be!

Editor’s Note: The artist behind the Wunderland artwork above – Lewes Herriot – is currently exhibiting at Maison Berteaux, so do check it out if you are nearby!