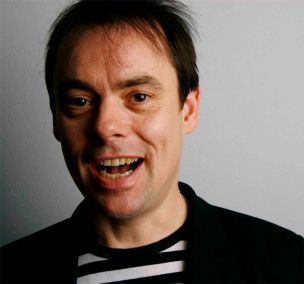 As has been reported what appears to be everywhere, Kevin Eldon has at last been given his own TV series!

Kevin has appeared in almost every great comedy series of the last few years including Nighty Night, Big Train, Lee and Herring shows, Black Books, Spaced, Jam, Brass Eye, Nathan Barley, Stewart Lee’s Comedy Vehicle, This is Jinsy, Bleak Old Shop of Stuff and The IT Crowd to name a few, as well as many films and radio shows throughout the years.

He will also be appearing soon in Hunderby with Julia Davis and in The Function Room, a new comedy on Channel 4.

For more details and a quote from the man himself, there is this article in The Guardian, and if you want to know more about Kevin Eldon’s work, click here.

And for a clip of the new series click here.