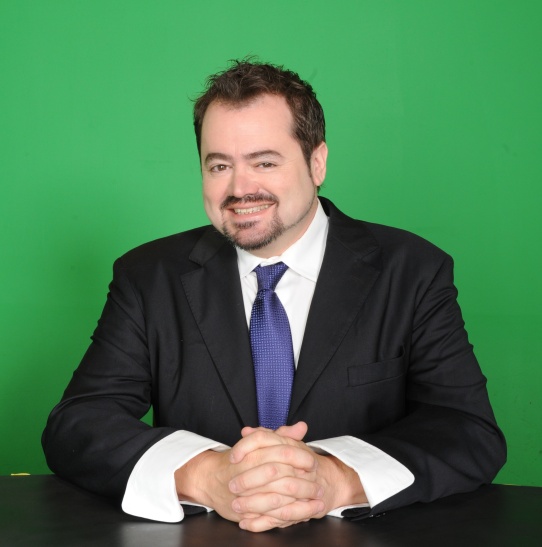 On the eve of the American premiere of brand new, half hour episodes of Goodnight Burbank – a webshow which has previously featured Rich Fulcher – TVO spoke to our friend Hayden Black about the launch of his enhanced version of the show.

Good afternoon Hayden, welcome back to The Velvet onion. Could you explain how the idea for half hour episodes of GNB came about? Did you write them knowing they would be on TV one day?

Just over a year ago, I had two conversations that led to GNB becoming half-hours. The first was when Hulu threw out the idea (just the idea, no money) and the second was a trip to the UK where Channel 4 expressed some interest in a British version of the series for TV. They asked me a very good question that I had no idea how to answer which was “what does a half-hour version look like?” I realized the best way of answering that was to create it, and so I set about re-imagining the show and developing it into an original half-hour format. Something that could sustain interest for 30 mins, that was compelling and that was unique. God knows if I did it, but there you go.

How do differences in cultural references in Britain and America have an influence on your writing? Do you feel you can only use American ones?

I think the majority of what I wrote was “American” in nature because that’s where these episodes are intended to be viewed. But no matter how many times I shower, I’m still British – I’m still a Salford lad at heart – and so there are some uniquely British cultural references. For example, in Episode 6, I make up a language and had the actresses speak it in a Russian accent – and some of the words they used were “Jackanory” and “Hector’s House.” And the Irish immigration attorney in Ep4 is named Dave Allen after the legend himself. There’s also a reference to Salford in Ep5 by Juliet Landau. If American audiences get it, great. If not, I don’t worry as they’re throwaway references and it doesn’t require the audience understand it to get the greater joke – but I get a kick out of knowing the proverbial “3 people in the back row” will get it. That’s where I draw the line though – using obscure cultural references as main plot points is self-indulgent and I’m trying to create something that lots of people can enjoy, not JUST 3 people in the back row.

It was great writing for John Barrowman, especially getting to include references to Doctor Who and Torchwood. I think you guys will love hearing his “take” on those shows – it’s pretty unique!

Some people in the US who’ve watched the rough cuts of the shows have commented on how “British” they are and, when pressed, they say that means how “smart and witty” they are. So if that’s British, then I’ll take it!

How long did the scripts take to write?

Did you really shoot all the episodes in a garage?

All the episodes were indeed shot inside a garage. The house and back yard were also all real and belonged to a good friend. We shot each episode over the course of 3 nights so it would get very cold and Laura’s legs would be huddled under blankets. My GNB mug was either filled with hot chocolate or Vimto! But my most enduring memory is how bloody freezing it was.

Was it difficult to get the cast and crew together to shoot episodes?

It was a roller coaster ride. Even though I didn’t credit myself, I did most of the Line Producing and Casting myself so it was a constant juggling act. Every once in a while a plate was dropped but we did pretty damn well, considering how many moving parts there were.

I think the biggest hurdle I had to face was in Ep4. I’d cast a British actress to play the role of an Irish immigration attorney. The cast were in make-up, the crew were setting up, and I suddenly realized this girl was missing. I called and texted and finally got a text message back that she didn’t realize we were filming that night. And she was waitressing. And that was that. I suppose I should have realized something was afoot a week earlier when she’d also missed the table read but she’d apologized profusely and I thought it was a one time thing.

Anyway, so there we are, about 40 mins from shooting the episode, and I discover this “actress” isn’t going to show. But our regular cast is a powerful thing and I asked if they 1) knew any Irish actresses, 2) knew any irish actors or 3) any actor who could be on set in 30 minutes (in that order). Within 30 minutes we had this Irish character actor Austin Grehan who knew NOTHING about the show, me, or his lines and he was bloody marvelous.

How did you manage to get so many well known faces to appear in the new Goodnight Burbank?

I promised to wash their cars. Actually, it’s funny what people will do for a good script. I know that sounds slightly wanky as I wrote them but honestly, that’s what they were reacting to. I mean it’s not like they owe me any favours! And it’s not like I got everyone I approached; we came close to getting two other big names but maybe next time.

Any news about when the rest of the world will be able to see the new episodes?

No news yet. We’re signing a world-wide TV distribution rights deal with Zodiak and we’re looking into various avenues of bringing the show to the rest of the world via the web. We’ll make the announcements when we know but we’re looking into it, trust me. Follow us on @goodniteburbank and you’ll find out first!

Would there ever be a Goodnight Burbank film?

Can you tell us what the next project you are working on is? Will we see The Cabonauts soon?

The Cabonauts is waiting for a sponsor so if GNB takes off I’m sure we’ll get some interest in it. For the immediate future, however, it’s mostly all things GNB. I’ve written some screenplays that Dominic Monaghan has expressed interest in starring in so we’ll see if that goes anywhere. And I’m also already thinking up some story-lines for GNB’s second big season. Follow me at @haydenblack to see what craziness I’m up to.

The Velvet Onion would like to thank Hayden for taking the time and trouble to answer our questions. Goodnight Burbank is available from today on Hulu, in North America only.  If the show becomes available worldwide we’ll be amongst the first to let you know! If you’d like to know more about Hayden please visit his website, facebook page or follow him on Twitter.