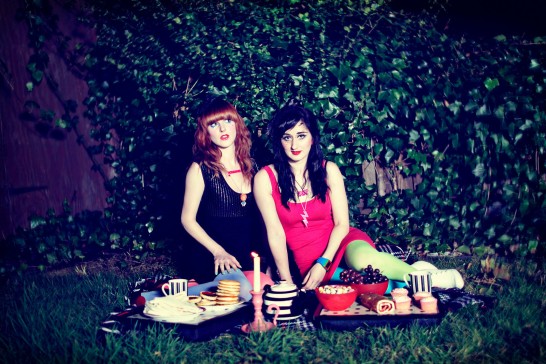 DeadDogInBlackBag are to make a rare live appearance in February.

The electropop duo, featuring Holly Jane Shears and Suzy Evelyn, will appear at the Deathline event at St.Moritz club in SoHo on February 4th.  Further details have yet to be announced, but the event has a facebook page in place which will announce further details soon.

Shears is also appearing as a member of space-prog folk rockers Circulus at the Out Come The Freaks! event which takes place at The Relentless Garage in Islington on February 17th.  Tickets are just £5, though anyone dressed in medieval attire is promised free entry!  For more info, visit the Facebook page.