A handful of clever, funny (if somewhat bizarre) youtube clips have come to our attention, and we thought we’d bring them to you, dear peelers, to enjoy during a quiet news week. 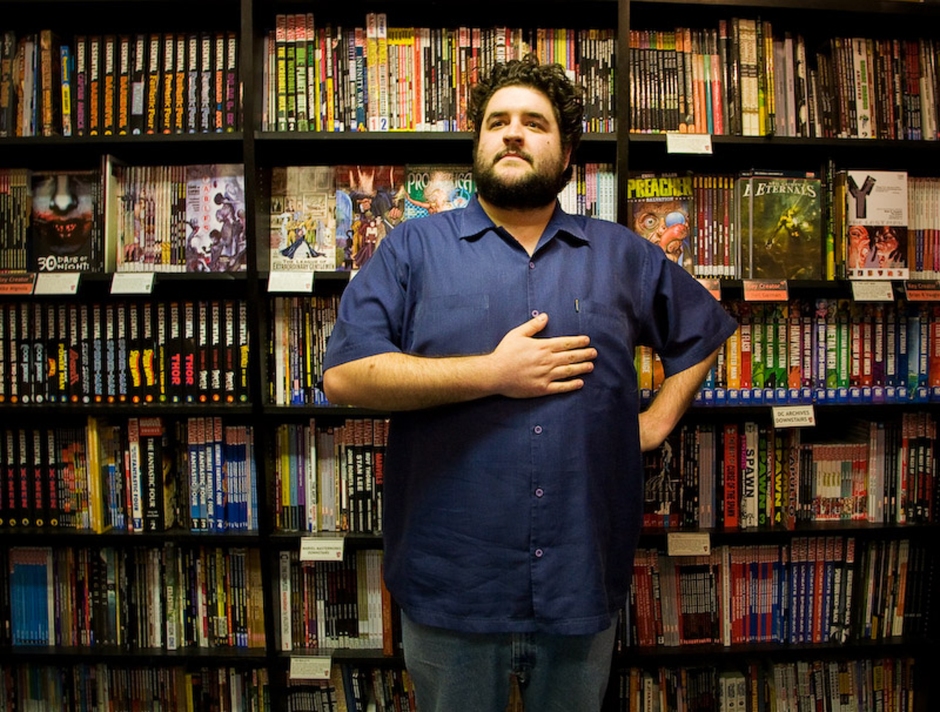 The reason we’re talking about them at The Velvet Onion is because one of the clips features Booshniverse regular Tom Meeten, and they all feature performances by comedy actor/writer, James Bachman (Colin in The Legend of Old Gregg, and Jeff in IT Crowd’s ‘Moss and the German’, fact fans!), alongside another familiar face, Tony Paul Way (Mongels, Spaced and a member of Wingnut with Oram & Meeten amongst other things!).

Each short film replicates a famous scene from a Hollywood move: The Player (opening tracking scene), Se7en (final ‘box’ scene) and Jaws (the boat scene) respectively.  The clips are the brainchild of Richard Sandling, (pictured above) who recently appeared with Tom, Tony and lots of our regulars in The Last Summer on Earth, which was filmed earlier this year and will hopefully be released soon!

For all the movie buffs out there, prepare to be impressed by each one’s accuracy, and enjoy…