Antony Elvin, Alice Lowe and The Ralfe Band are to perform at the forthcoming Port Elliot Festival at the end of July.

The event takes place, naturally, at Port Elliot in Cornwall – a historic house that has been the home of Earl and Countess of St Germans and their ancestors for over a thousand years. The St Germans have opened the house to the public, and its many interior treasures are surrounded by acres of beautiful gardens, murals, mazes and even an unspoiled estuary.

Elvin is actually making several appearances at the festival, giving a slice of his vulgar treats as a solo artist, as well as an appearance from the Circulus side project Princes In The Tower, and another outing for the wonderous Hot Brew featuring Elvin and Alice Lowe. 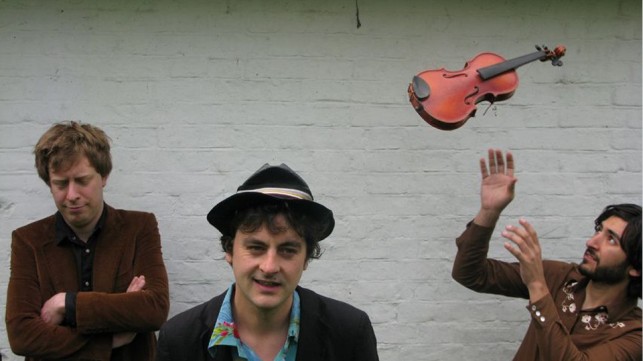 As well as Alice and Antony, the Boosh connection continues with The Ralfe Band scheduled to perform their soundtrack to Paul King‘s beautiful film Bunny And The Bull.

The musical billing also includes the talents of Tom Baxter, Talvin Singh and Kathryn Williams amongst others – whilst the event also features authors (including How To Lose Friends And Alienate People author Toby Young, and Bill Drummond of the legendary defunct musical art project The KLF), fashion designers, films (including a preview of the latest work by Julien Temple) and even a flower show! Port Elliot is clearly a festival with a difference – a weekend of highbrow entertainment instead of queuing for the portaloos while a string of rubbish indie bands warble on.