This weekend sees the release of Four Lions – the controversial film debut of Nathan Barley & Brass Eye creator Chris Morris.  Head peeler DidymusBrush managed to take a look, and this is his review…

It was never going to be an easy ride.  For the past two decades, Chris Morris has taken the rocky path at almost every opportunity – perhaps never more so than with the infamous Brass Eye special.  Never one to deliberately court controversy (he says he finds it boring), Morris nevertheless refuses to take his audience for granted, yet also steadfastly refuses to pander to them either.  One only has to look at his last major project in the writers/directors chair, Nathan Barley to see that.

But few could have predicted that the man who made Dr Fox claim paedophiles were genetic cousins of crabs would be bold enough to tackle the subject of Islamic fundamentalism.  Given the furore over Danish cartoons mocking the prophet Mohammed, a film which appeared to poke fun at the concept of martyrdom appeared to be asking for trouble – and for such a private family man, also a potentially deadly threat from those who felt wronged by his “art”. 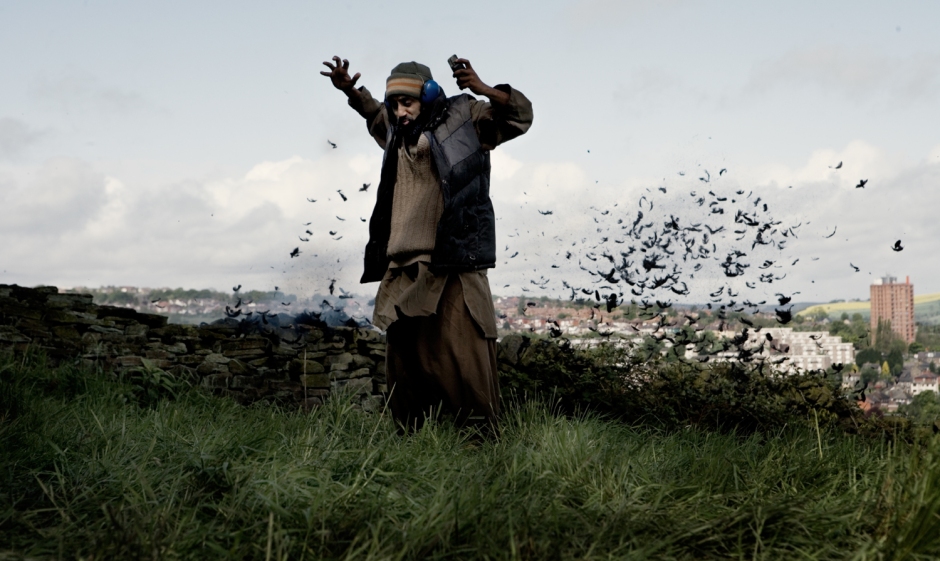 They needn’t have worried, however.  Whilst some may cast off Morris as a shock-merchant, their ignorance would surely be tested watching Four Lions, in which Omar, Waj, Faisal, Barry and Hassan – five English muslims in the heart of Greater Manchester – plot to become suicide bombers to wage war against the West.  Whilst the men are portrayed, on the whole, as blundering buffoons, the religion itself and, remarkably, the concepts on show, are dealt with respectfully.  They may plan to attach bombs to crows, cook their SIM cards to prevent the authorities finding them, and wobble their faces from side to side to blur security camera images (or even in the case of Faisal, wear a cardboard box on his head whenever he is filmed!), but oddly, the film is on their side.

That’s not to say that Four Lions is an indictment of the West, despite previous projects from Chris Morris famously ridiculing aspects of our society – from scaremongering news presentation to the preposterous clinging onto a hollow and pointless youth culture.  However, it presents the human side to these people, especially our ‘hero’ Omar.  He’s a family man, with a loving wife and a young son: both of whom having accepted his mission to martyrdom as his duty, and loving him all the more for it – yet totally avoiding the stereotypes that the film could have so easily fallen back on.  They laugh, they joke, they have water pistol fights and talk about The Lion King – they are, quite simply, normal people with an extraordinary role to play in life with a fundamental belief system that doesn’t agree with our own.

And this, perhaps, is where Four Lions succeeds where it could have failed.  Yes, its hilarious from start to finish.  Yes, it’ll make you look at Toploader in a whole new light, and you’ll never be able to see a Ninja Turtle in quite the same way again.  Yes, it even has glorious cameo appearances from old friends that we won’t spoil for you here (except to say a few of them have very strong links to this website!) – and some genuinely laugh-out loud moments.  But what really rises this film above your average comedy is that you genuinely like the characters so much, that when the inevitable has to happen (and really, there was no logical way around it that wouldn’t spoil the film and insult a belief group in one fell swoop), the results are much like the film as a whole – simultaneously funny, shocking, bitter-sweet and surprisingly moving.

Four Lions is in UK cinemas now.  See a clip from the film below, and visit its official website here.