Alice Lowe, Tom Meeten and Justin Edwards are to star in a forthcoming short film Dead Happy, to be broadcast on Sky Movies this summer. 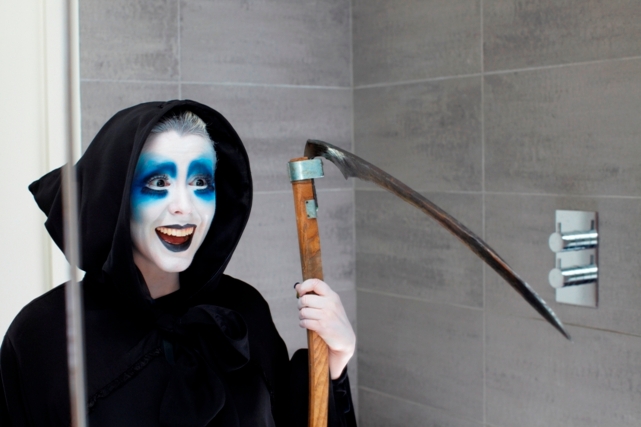 The short – set to air in June – is the brainchild of writer David Lemon and director Nicky Lianos, and has been funded via a Sky Movies competition to find fresh new British talent.  In it, we learn what it would be like if The Grim Reaper was a regular 9-5 job, and how one would cope with her unrequited love for another.

You can see interviews with both Davids, Nicky and other members of the crew online now on the Sky Movies website as part of an edition of The Movie Geek.  Click here, and skip to 5 minutes 55 seconds in to see the short making of feature.  For more info, join the Dead Happy Facebook Group, and keep on peeling.