We at The Velvet Onion love an underdog, and Lizzie & Sarah is no exception. 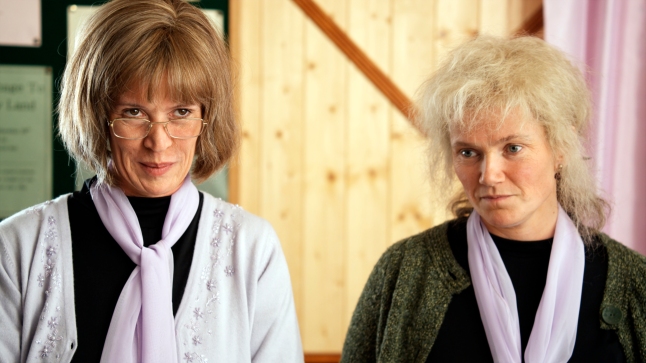 The new pilot from Julia Davis & Jessica Hynes has been buried in a graveyard slot this evening, and its been up to friends of the pair (including Edgar Wright, Simon Pegg and our own Noel Fielding and Dave Brown) to plug the show for them!

Which is of course, a crying shame.  Harking back, perhaps, to Dawn French’s Murder Most Horrid series, the pilot was dark and inventive, and built up nicely to a wicked climax.  It deserves widespread recognition, like so many of these forgotten pilots do (lest we forget the might of Lifespam – a show that deserved so much more).

Now naturally, it now appears on the BBC’s iPlayer service for the next 7 days.

Whereas tv ratings are determined by selective sampling, iPlayer ratings are generated by the actual number of genuine views shows receive.

As such, we’re urging our UK readers to rewatch the show on iPlayer as much as possible in the next 7 days.  If the show makes a splash online, it stands a stronger chance of being picked up for a full series.  The radio work of Julia & Jessica together centers on a variety of characters, so this show definitely has potential to grow and grow, limited only by the imagination of its two writers.  The added bonus of Stephen Evans, Mark Heap and Kevin Eldon‘s involvement make this all the more exciting.

You can see the show on iPlayer right here!

Post the link on your websites – post it to your Facebook/Twitter/Myspace/Bebo/Whatever pages, blogs etc – email it to your friends – tell yer mates… do whatever you can to make sure people watch it.  Let’s see if you Peelers can make a difference!  Paws crossed.